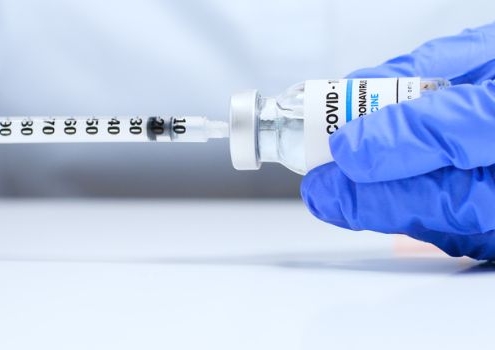 J&J To Request Authorization for Booster Doses This Week

Johnson & Johnson is expected to ask the U.S. Food and Drug Administration (FDA) to authorize a booster for its one-shot COVID-19 vaccine this week. So far, the FDA has authorized the Pfizer–BioNTech vaccine for a third booster shot in specific populations: over 65, individuals at high risk of severe disease, immunocompromised, and front-line healthcare workers. The CDC added people between 18 and 64 who are at increased risk due to their work or living situation.

The FDA scheduled an advisory committee meeting for October 15 to discuss the J&J booster. More than 15 million people in the U.S. have received the J&J vaccine, which is given in a single dose. Last month, the company reported that a second shot two months after the first increased its effectiveness to 94% compared to 70% after a single dose.

Moderna has also submitted for a booster authorization. The FDA’s advisory committee will meet on October 14 to discuss it.

Dr. Anthony Fauci, President Biden’s chief medical advisor, told CNBC that they expect the FDA to review data on Merck and Ridgeback Biotherapeutics’ new oral antiviral against COVID-19 “as quickly as they possibly can.” The drug, molnupiravir, decreased the risk of hospitalization or death in unvaccinated people with mild or moderate COVID-19 by about 50% in a Phase III study of about 775 people.

Merck’s shares popped more than 8% after they announced the results of the study, but the overall COVID-19 therapeutic vaccine and treatment market is mixed. Moderna and Novavax shares dropped on the same day.

Craig Johnson, chief market technician at Piper Sandler, told CNBC that, “We’re underweight the sector. We’re just seeing absolute price moves up but poor relative performance against the rest of the market. In fact, I find areas inside like the equipment makers more constructive than either the pharma names or the biotech.”

Investors are largely split on that, though. Michael Bapis, managing director of Vios Advisors at Rockefeller Capital, said, “We couldn’t be more opposite … With interest rates low, with the demographics that we have and with people being so dependent on the pharmaceutical space, we just see that there’s much more upside than not and especially coming off [being] the laggard.”

Up to 90% of U.S. Population May Have to Be Vaccinated to End Pandemic

Eric Topol, M.D., founder and director of the Scripps Research Institute, Research Translational Institute, told USA Today that up to 90% of Americans may need to be vaccinated to stop the COVID-19 pandemic. Another expert, Tom McCarthy, head of the Rhode Island Department of Health COVID Response Unit, also cited 90% in light of the more contagious Delta variant. At this time, only about 56% of the U.S. population is fully vaccinated.

According to Reuters, on October 1, global deaths related to COVID-19 passed 5 million. In particular, unvaccinated people have been hardest hit by the Delta variant. More than half of all deaths around the world reported on a seven-day average were in the U.S., Russia, Brazil, Mexico and India. According to their analysis, it took slightly over a year for 2.5 million COVID-19 deaths, but the next 2.5 million took just under eight months.

Reuters noted, “The United States, which has been battling vaccine misinformation that has caused about one-third of the population to avoid inoculations, surpassed 700,000 deaths on Friday, the highest toll of any country.”

People with COVID-19 long-hauler syndrome and COVID Survivors for Change are urging state and federal governments to dedicate funds to the syndrome. The requests vary, with some pleading for direct funding for long-haulers to other requests for a 9/11-style commission to investigate how the COVID-19 pandemic led to more than 700,000 deaths and potentially millions of long COVID-19 cases.

“We need to have more legislation for survivors like ourselves and not just keep telling our stories because there’s a bazillion stories out there now,” said Maya McNulty, a long-hauler from New York. “We’re not like some Netflix series that you can just binge watch and then the problem goes away. We are living with this … disease, and there is no hope.” 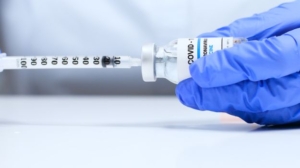 Ugur Sahin, co-founder and chief executive officer of BioNTech, told the Financial Times that their COVID-19 vaccine developed with Pfizer is good this year, but may need to be reformulated by the middle of 2022. He noted that booster shots can handle the primary variants, such as the Delta mutation, but the virus will continue to mutate and will probably develop mutations that can escape the immune response created by the vaccine. He said this would necessitate a “tailored” version to target the new strain.

“This year [a different vaccine] is completely unneeded,” he said. “But by mid next year, it could be a different situation. We have no reason to assume that the next generation virus will be easier to handle for the immune system than the existing generation. This is a continuous evolution, and that evaluation has just started.”

Sioux Falls, SD-based SAB Biotherapeutics dosed the first patient in its Phase III ACXTIV-2 COVID-19 trial of SAB-185. SAB-185 is a fully human, specifically targeted, broadly neutralizing polyclonal antibody for non-hospitalized patients with mild to moderate COVID-19. The ACTIV-2 trial is being led by the National Institute of Allergy and Infectious Disease (NIAID), part of the U.S. National Institutes of Health (NIH) in collaboration with the AIDS Clinical Trials Group.