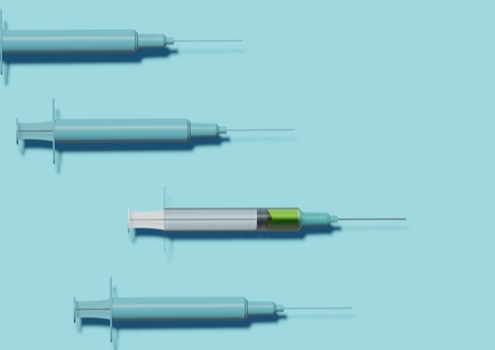 COVID-19 Vaccine Runner-Up Update: Who Will Reach the Finish Line Next?

With the Pfizer-BioNTech and Moderna COVID-19 vaccines currently authorized in the U.S. and being distributed and dosed, some of the attention is shifting to Johnson & Johnson’s efforts for its one-shot vaccine. Given what has turned out to be a slower-than-expected rollout of the Pfizer-BioNTech and Moderna vaccines, it is hoped that another vaccine, particularly one that probably only requires a single dose, would help mitigate some of the distribution problems. It looks like the J&J Phase III trial of its vaccine may be ready for a data readout in a week or so.

On January 14, 2021, the company published interim Phase I/II data on the vaccine, noting it had created an immune response that lasted at least 71 days. The 71-day mark was associated with the interim data point in participants aged 18 to 55 years.

The data demonstrated that the vaccine induced an immune response and was generally well-tolerated. Neutralizing antibodies against SARS-CoV-2, the virus that causes COVID-19, were observed after a single vaccination in more than 90% of volunteers at Day 29 and 100% of the volunteers between the ages of 18 and 55 at Day 57.

In late-stage clinical trials, the Pfizer-BioNTech and Moderna vaccines both demonstrated about 95% efficacy. To gauge the efficacy of the J&J vaccine, they will need data from the Phase III trial. As with the other large COVID-19 vaccine trials, those results are dependent upon a percentage of people in the trial actually being diagnosed with COVID-19, which makes the schedule and final data readout unpredictable. If the supportive data from the trial is good, J&J expects to submit an application for Emergency Use Authorization (EUA) to the U.S. Food and Drug Administration (FDA) shortly afterwards, followed by applications to regulators worldwide.

The J&J trial includes about 45,000 volunteers. Once the company hits the mark, it indicates it will need one to two weeks to analyze the data and prepare submission documents, if appropriate. 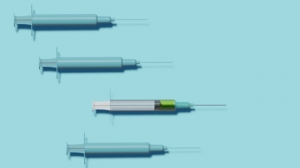 Paul Stoffels, chief scientific officer of J&J, told Bloomberg that he did not expect the J&J vaccine to be authorized in the U.S. until March. Like with the Pfizer-BioNTech and Moderna vaccines, the FDA will likely hold a meeting of the Vaccines and Related Biological Products Advisory Committee, who will vote on a recommendation for the EUA.

The agency isn’t required to follow that recommendation, but usually does. In the case of both the Pfizer-BioNTech and Moderna vaccines, EUA was granted about 24 hours after the panel convened.

According to the U.S. Centers for Disease Control and Prevention (CDC), 37,960,000 of the Pfizer-BioNTech and Moderna vaccines have been distributed in the U.S., with 17,546,374 doses administered. This falls far short of the 20 million doses the Trump administration had projected before the end of 2020.

A fourth vaccine, developed by AstraZeneca and Oxford University, has been authorizedin the U.K., but is probably several months away from even submissions in the U.S. It was authorized on December 30, 2020, by the U.K. Medicines and Healthcare products Regulatory Agency (MHRA). Like the Pfizer-BioNTech and Moderna shots, it requires two doses three or four weeks apart.

The U.K. authorization was based on data from clinical trials performed in the U.K. and Brazil. The U.S.-based trial is still ongoing. Interestingly, it was reported that in the U.S., some people in the trial became eligible to receive the Pfizer-BioNTech or Moderna vaccines.

Patrick Flume, a professor of Medicine and Pediatrics at the Medical University of South Carolina (MUSC), who is overseeing the trial at MUSC, said, “We were permitted to break the blind and identify if they had received placebo or actual vaccine, so that those who did get placebo were now able to go and get the Pfizer or Moderna vaccine.”

MUSC will continue to monitor those patients. Flume, as well as other trial leaders, are continuously submitting data to AstraZeneca.

“The FDA set the bar at 50% to try and get approval,” Flume said. “And, if they hit a good number and there’s sufficient safety, they’ll go for an EUA. That would substantially increase the ability of us to begin vaccinating the larger population.”

Another vaccine in development is Novavax’s. Australia’s Therapeutic Goods Administration (TGA) granted a provisional determination to the company’s vaccine this week, meaning the company can then apply for provisional registration, which is the step prior to submitting clinical data for provisional approval.

“Provisional determination is the first step in the process and does not mean that an application has or will be made, or that the vaccine will be provisionally approved,” stated the TGA.

In the U.S., the Novavax program is having similar issues to that of the AstraZeneca-Oxford program—people in the trial are eligible for the Pfizer-BioNTech or Moderna vaccines. It also makes recruitment difficult, because people 65 years of age and older are eligible for the already approved vaccines.

However, the company dismisses that story, stating, “Prevent-19 Phase III clinical trial continues to enroll participants at a robust pace with more than 11,000 individuals enrolled, with fewer than 1% requesting to be unblinded to date.”

Novavax is also running a separate U.K. trial, which completed enrollment of more than 15,000 volunteers. A data readout is expected this quarter. In the U.S., the Novavax trial began on December 28, 2020.