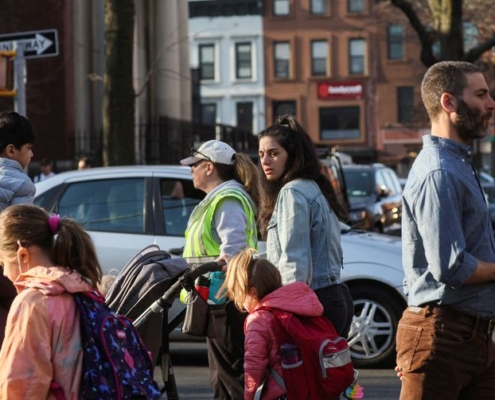 The biggest loss, of 159,621 residents, was in Los Angeles county in California, according to the data released by the bureau, as part of its Vintage 2021 estimates of population and components of change.

All counties in Delaware, Maine, New Hampshire and Rhode Island experienced natural decrease in 2021, it added, while migration also led to a decline in population for some. 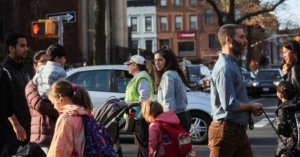 Children are seen walking to school, on the first day of lifting the indoor mask mandate for DOE schools between K through 12, in Brooklyn, New York City, New York, U.S., March 7, 2022. REUTERS/Brendan McDermid

The fall continues a trend in which more than half of all U.S. counties lost population over the decade from 2010, with almost all growth taking place in metropolitan areas, census officials said last August. read more

Between 2020 and 2021, population increased in about 65% of metropolitan areas within the 50 U.S. states and the District of Columbia.

The U.S. population grew at a slower pace in 2021 than any other year on record as the COVID-19 pandemic worsened the more subdued growth of recent years, the bureau has said.