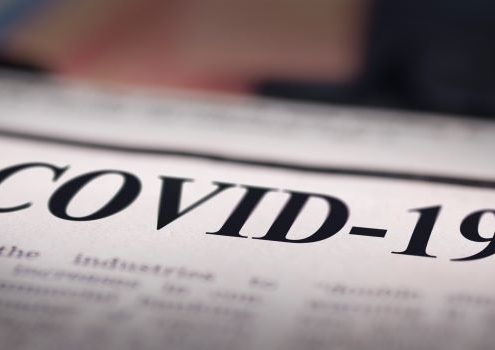 With Pfizer expected to submit its COVID-19 vaccine data for children five to 11 years of age to regulators, a study also showed just how damaging the pandemic has been to life expectancy worldwide. Here’s a look.

A study out of Oxford University’s Leverhulme Centre for Demographic Science found that the COVID-19 pandemic has resulted in the largest drop in life expectancy in western Europe since World War II. The study analyzed data from most of the 29 countries, including most of Europe, the U.S., and Chile.

The most significant drop in life expectancy was in men in the U.S., a decrease of 2.2 years compared to 2019 levels. The second-largest drop was in Lithuanian males of 1.7 years. The research was published in the International Journal of Epidemiology. Of the countries analyzed, 27 of 29 demonstrated decreased life expectancy.

Pfizer’s Chairman and Chief Executive Officer Albert Bourla told ABC News that “it is a question of days, not weeks,” for when it plans to submit data to the U.S. Food and Drug Administration (FDA) for the Pfizer-BioNTech COVID-19 vaccine for children ages 5 to 11. The vaccine is currently approved for children 12 years and older. Currently, about 26% of all COVID-19 cases in the U.S. are reported in children. If the data is submitted this week, it will likely not be evaluated by an FDA advisory committee until the end of October.

In a related story, Bourla said the company could simultaneously distribute the first doses of the COVID-19 vaccine as well as booster shots.

“In the remaining of the year, we will produce an additional billion doses, so a total of three,” Bourla said. “And 1 billion of these doses will have gone to low- and middle-income countries. That will not change because of the approval or not of boosters.”

The U.S. recently approved booster doses of the Pfizer-BioNTech vaccine for certain populations, and Israel has already begun dosing its population with third shots. Moderna has also submitted data for a booster to the FDA. One of the underlying themes is just how profitable this is likely to be for the drug companies involved.

Michael Yee, an analyst with Jefferies, said, “The opportunity quite frankly is reflective of the billions of people around the world who would need a vaccination and a boost.”

For example, analysts have forecasted that Moderna’s 2022 revenue will climb 35% since the Biden Administration outlined their booster plan. Moderna hasn’t been authorized for a booster yet, but Pfizer-BioNTech has. Morningstar analyst Karen Andersen projects Pfizer-BioNTech could rake in almost $26 billion in global sales in 2022 and Moderna around $14 billion. Moderna’s sole commercial product is the vaccine so far, and Andersen projects it to make about $13 billion in profit next year if the boosters are broadly authorized.

WHO Adds Regeneron’s Antibody Combo to Approved List of Therapeutics

The WHO added Regeneron Pharmaceuticals’ antibody combo to its list of recommended COVID-19 treatments. However, at the same time, it criticized Regeneron and Roche, who are distributing the therapy outside the U.S., over their pricing policies.

The cocktail is casirivimab and imdevimab, which in studies was effective in patients who were not severely sick, but were at high risk of hospitalization or in patients who were severely ill and had no existing antibodies. It was granted Emergency Use Authorization (EUA) in the U.S. in November 2020, and is also approved in the UK, and is under review in Europe. 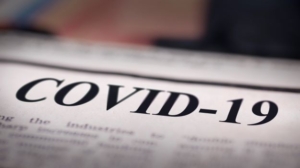 The WHO indicated that UNITAID is negotiating with Roche to get them to also donate and distribute the drug through UNICEF. It has also called for manufacturers that might want to submit their therapies for pre-qualification and to share their technology to allow for biosimilar versions to create greater access.

Doctors Without Borders (Medicines San Frontieres, or MSF) also encouraged Regeneron to make the antibody cocktail available at a reasonable price, to half enforcing patents, especially for low- and middle-income countries.

“It is simply not fair that people in low and middle-income countries cannot access new COVID-19 treatments that can decrease the risk of death because of pharmaceutical companies’ monopolies and wishes for high returns,” said Elin Hoffmann Dahl, Infectious Disease Advisor, MSF Access Campaign.