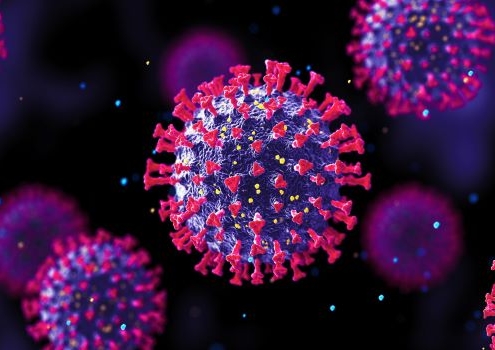 Researchers have warned that with increased infections, there would likely be more emerging variants. Several countries are noting a subtype of the Delta variant might be rising, although it’s not yet clear if it’s more transmissible or lethal than the original Delta variant. Read on for that and more COVID-19 news.

The British health authorities, as well as global experts, are closely watching a subtype of the Delta variant that appears to be rising in the UK. According to the UK Health Security Agency report, the variant of Delta, known as AY.4.2. accounted for about 6% of cases in the week of September 27 and is “on an increasing trajectory.” Some people are dubbing the subtype “Delta-plus.”

Not much is yet known about AY.4.2. Some experts think it could be slightly more transmissible than the original Delta variant, but that has not been confirmed. Nor is it yet classified in the UK as a “variant of concern.” Outside of Britain, it is quite rare, with only a few cases identified in Denmark and the U.S.

The World Health Organization has yet to classify AY.4.2 as a “variant under investigation” or a “variant of concern,” although they are monitoring it.

Rochelle Walensky, director of the U.S. Centers for Disease Control and Prevention (CDC) noted that “in particular the AY.4.2 variant has drawn some attention in recent days,” but that “we have, on occasion, identified this sublineage here in the United States, but not with recent increase frequency or clustering, to date.”

The Federal Reserve issued its latest survey, called “the beige book,” of business conditions around the country, noting that the “Outlook for near-term economic activity remained positive, overall, but some districts noted increased uncertainty and more cautious optimism than in previous months.”

The report found “significantly elevated” prices associated with supply-chain bottlenecks. It also noted that demand for labor was high, but the low supply of workers had slowed job gains. “Firms reported high turnover as workers left for other jobs or retired,” the report stated. “Child-care issues and vaccine mandates were widely cited as contributing to the problem.”

According to a report from the Oregon Poison Center, in August, poisonings from ivermectin rose sharply. Ivermectin is an antiparasitic drug that some people, though not regulators, believe can be used to prevent or treat COVID-19. A report in the New England Journal of Medicine also found an increase in August, up from a previous average of less than one per month. Of the 21 poisonings reported, six were hospitalized, including four into intensive care units. All six hospitalizes were in people taking ivermectin to prevent COVID-19.

President Vladimir Putin ordered his people to take a week off work later this month due to a surge of COVID-19 infections and deaths. He also urged people to get vaccinated. A Russian government task force reported 1,028 deaths in the last 24 hours from COVID-19, the highest figure since the pandemic’s beginning. That brings Russia’s total death count to 226,353, the highest in Europe.

Proposed by the Russian Cabinet, the nonworking dates will begin on October 30. Four of the seven days are already official state holidays.

In related news, the European Union’s drug regulator announced it was unlikely to make a decision about Russia’s Sputnik V COVID-19 vaccine until at least the first quarter of next year. Reportedly some of the data they need for the review is still missing.

India’s Bharat Biotech announced that it had delivered one billion doses of its COVID-19 vaccine, Covaxin, in only nine months. Last week, India’s regulatory body approved Covaxin for children 2 to 18 years of age in India. A review of its efficacy indicated it was similar in children to what was seen in adults. This was an emergency use authorization. It is the second vaccine against COVID-19 granted emergency use authorization for children in India, the first being Zydus Healthcare’s ZyCoV-D.

Novartis entered a new initial deal to expand its support of the fill and finish of the Pfizer–BioNTech COVID-19 vaccine. It plans to use its sterile manufacturing site at its Novartis Technical Operations facility in Ljubljana, Slovenia. The company also plans to fill at least 24 million doses in 2022. This deal follows an earlier contract they signed earlier this year, with a site in Switzerland.