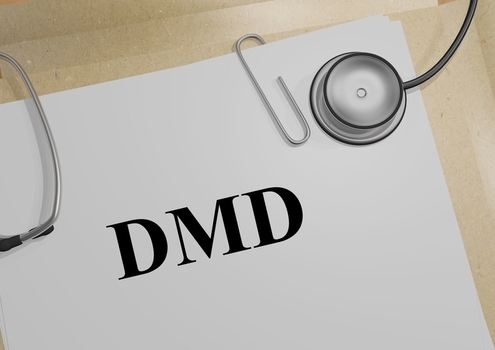 DMD is a muscle wasting disease caused by mutations in the dystrophin gene. It is a progressive disease that usually causes death in early adulthood, with serious complications that include heart or respiratory-related problems. It mostly affects boys, about 1 in every 3,500 or 5,000 male children.

Researchers at Technical University of Munich (TUM) recently developed a gene therapy that might cure DMD. This is generally believed to be difficult or impossible, largely because of the size of the dystrophin gene. The dystrophin gene codes for muscle and it is mutations in this gene that result in DMD. The difficulty for a gene therapy is that the dystrophin gene is the largest in the human genome. Gene therapies typically take a repaired gene, insert it into a hollowed-out virus, which is then injected into the patient. The new gene takes over the protein-manufacturing process of the cell and churns out the normal protein.

However, the dystrophin gene is too large to be inserted in typical gene therapy viral vectors.

This edit made the gene readable to the protein-manufacturing machinery in the cells. The new dystrophin gene was still shorter than the normal dystrophin gene, but was able to stably form dystrophin protein, which improved muscle function. In particular, the laboratory animals were less susceptible to the cardiac arrhythmia seen in the disease and had an increased life expectancy.

“Muscle and heart cells are long-lived cell structures,” said Christian Kupatt, cardiologist at university hospital TUM Klinikum rechts der Isar. “One half of all myocardial cells remain functional from birth throughout the entire lifecycle of a human being. The genome of a cell is used for protein biosynthesis as long as the cell is alive, and once a cell has been affected by the therapy, it remains corrected. So if we change the genome of a myocardial cell, the correction is a long-term success, in contrast to the results of previous methods.”

The research was published in the journal Nature Medicine.

“Our results are very promising, since for the first time, we have now been able to demonstrate therapeutic success in a clinically relevant large animal model,” said Maggie Walter, a neurologist at the Ludwig Maximilian University of Munich (LMU).

“Since the disease proceeds faster in our pig model, we were able to verify the efficacy of the therapeutic approaches within a manageable period of time,” said Eckhard Wolf, LMU specialist in veterinary medicine.