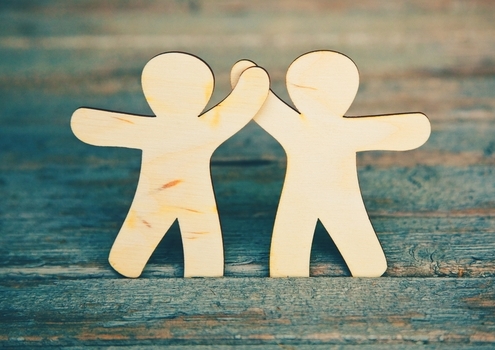 Thermo Fisher Scientific and Daiichi Sankyo have partnered to co-develop a companion diagnostic device for patients who have non-small cell lung cancer (NSCLC).

The diagnostic tool will use Thermo Fisher’s next-generation sequencing (NGS)-based Oncomine Dx Target Test to identify HER2 (human epidermal growth factor receptor 2) gene mutations. The companion diagnostic test will be used to determine if patients may be eligible for Daiichi Sankyo’s Enhertu, a HER2 directed antibody drug conjugate (ADC), which is currently in global Phase II development for HER2 mutated or HER2 overexpressing NSCLC.

In December, Enhertu received approval from the FDA for adults with unresectable or metastatic HER2-positive breast cancer who have had two or more previous anti-HER2-based treatments in the metastatic setting. The approval was part of the FDA’s Accelerated Approval program. Continued approval for the indication is contingent upon verify the clinical benefit in a confirmatory trial.

HER2 mutations have long been implicated in breast cancers, but they are considered a rare event in NSCLC. Recent studies have found that HER2 mutations are the key drivers in about 1% to 3% of NSCLC cases, the companies said in their announcement. There are currently no medicines approved specifically for the treatment HER2 mutant NSCLC. Last month, Daiichi Sankyo and its developmental partner AstraZeneca released data from a Phase II study during the American Society for Clinical Oncology meeting that showed patients treated with Enhertu achieved a clinically meaningful tumor response in patients with HER2 mutant unresectable and/or metastatic NSCLC whose disease had progressed following one or more systemic therapies.

Under the terms of the agreement, Thermo Fisher will retain rights to commercialize the test globally and will seek approval from regulatory agencies. Thermo Fisher’s Oncomine Dx test is the first targeted next-generation sequencing (NGS) in vitro diagnostic test approved by the U.S. Food and Drug Administration for NSCLC. The Oncomine Dx test is designed to evaluate multiple biomarkers associated with cancer and identify patients who are eligible for multiple FDA-approved targeted therapies using a single sample with results available in days.

Garret Hampton, president of clinical next-generation sequencing and oncology at Thermo Fisher Scientific, said the latest partnership with the Japanese pharma giant is focused on helping to solve an unmet medical need for a growing number of patients with HER2-mutated non-small cell lung cancer

“This agreement underscores our continued commitment to working with global pharmaceutical partners to efficiently identify more patients who may benefit from the latest targeted therapies in their drug pipelines,” Hampton said in a statement.

The collaboration announced this morning builds on a 2018 agreement between the companies to expand the clinical utility of the Oncomine Dx test in support of clinical trials and drug development programs at Daiichi Sankyo. The 2018 agreement focused on validating additional biomarkers and gene variants on the test and support Thermo Fisher’s commitment to further enable precision oncology.