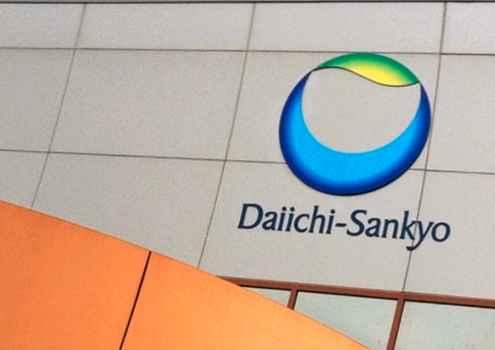 As part of a restructuring of its research and development areas, Daiichi Sankyo Company, headquartered in Tokyo, announced it was closing its Plexxikon R&D subsidiary in South San Francisco. The goal is to maximize its investment in three antibody-drug conjugates, which the company has positioned as one of the strategic pillars of its 5-year Business Plan.

The three antibody-drug conjugates (ADC) — which are antibodies linked to toxic drugs, allowing more precise drug delivery — are Enhertu, Dato-DXd, and HER3-DXd. Enhertu (trastuzumab deruxtecan) is an ADC that targets HER2 that they partner on with AstraZeneca. The drug is approved for HER2-positive breast and gastric cancers and is projected to hit blockbuster status — $1 billion or more in sales. AstraZeneca paid $1.35 billion up front in 2019 for rights to the drug in a deal that has the potential to hit $6.9 billion.

AstraZeneca also paid $1 billion up front in 2020 for Dato-DXd (datopotamab deruxtecan), an ADC targeting TROP2 for lung, breast and other cancers. That deal has a total value that could top $6 billion. 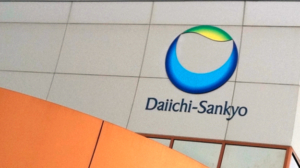 The third drug is HER3-DXd (patritumab deruxtecan), an ADC targeting HER3 that is in late-stage trials for lung cancer.

Daiichi Sankyo picked up Plexxikon in 2011 for $935 million. Since the acquisition, Plexxicon has contributed to two approved cancer drugs, Zelboraf (vemurafenib) for melanoma and Turalio (pexidartinib) for tenosynovial giant cell tumors. Plexxikon has about 60 staffers. Its existing R&D pipeline will transfer to Daiichi Sankyo, and Plexxikon is expected to run until March 31, 2022.

Zelboraf, sold by Roche, brings in about $200 million in annual sales, quite a bit below projections of $700 million when it first was approved. Turalio was approved in 2019, and tenosynovial giant cell tumors are rare, so large revenues were never expected.

Daiichi Sankyo told Pharmaphorum, “All employees have been notified of the closing and will transition from employment with PLX. The earliest separations will be on March 31, 2022, with some transition by the end of June 2022. Only those projects for which Daiichi Sankyo will continue R&D will be transferred to the R&D division. For other assets, we are currently looking at other opportunities including out-licensing. We do not comment on the detailed projects.”

The company had several activity reports in December 2021. The most recent was that it had submitted a New Drug Application (NDA) to Japan’s regulatory body for valemetostat for relapsed/refractory adult T-cell leukemia/lymphoma. The drug is a potential first-in-class dual inhibitor of EZH1 and EZH2.

On the same day, the company announced that the European Medicines Agency (EMA) had validated the Type II Variation application for Enhertu for adults with unresectable or metastatic HER2 positive breast cancer patients who had received one or more previous anti-HER2-based treatments. The application was based on results from the DESTINY-Breast03 Phase III trial.

On December 23, the FDA granted patritumab deruxtecan (HER3-DXd) Breakthrough Therapy Designation for patients with metastatic or locally advanced EGFR-mutated non-small cell lung cancer (NSCLC) with disease progression on or after treatment with a third-generation tyrosine kinase inhibitor and platinum-based therapies.

And earlier that month, the company reported new data from the TROPION-PanTumor-1 Phase I trial of Dato-DXd, continuing to demonstrate encouraging durable tumor response and disease control in patients with metastatic triple negative breast cancer with disease progression after standard treatment.