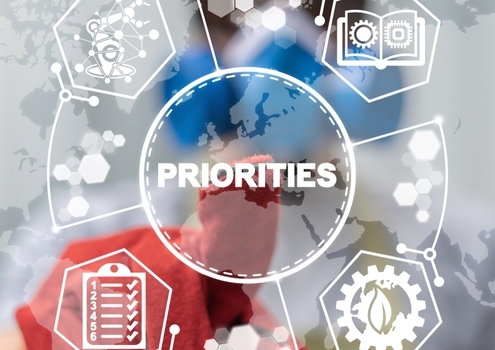 The FDA awarded ripretinib the designation when it accepted the New Drug Application and assigned a Prescription Drug User Fee Act (PDUFA) action date of Aug. 13. Ripretinib is a broad-spectrum KIT and PDGFRα (platelet-derived growth factor receptor α) inhibitor. Mutations in KIT and PDGFRα are known drivers of GIST, a cancer affecting the digestive tract or nearby structures within the abdomen, including the stomach or small intestine. Mutations in KIT kinase represent 75% to 80% of GIST cases, while mutations in PDGFRα kinase represent approximately 5% to 10% of cases.

Steve Hoerter, president and chief executive officer of Deciphera, said the acceptance of the NDA brings the company one step closer to its goal of providing a new treatment option for patients with advanced GIST. If the medication is approved on or before the PDUFA date, Hoerter said the company is well-positioned to begin to commercialize the drug in the United States before the end of 2020.

“We look forward to working with the FDA during their review of this application,” added Hoerter, who took over the reins of the company last year.

The NDA is being reviewed by the FDA under the Oncology Center of Excellence Real-Time Oncology Review (RTOR) pilot program. This pilot program aims to explore a more efficient review process to ensure that safe and effective treatments are available to patients as early as possible while maintaining and improving review quality.

The NDA was accepted based on late-stage trial data that showed ripretinib significantly improved progression-free survival in patients with fourth-line and fourth-line plus gastrointestinal stromal tumors. In the Phase III INVICTUS study, ripretinib provided 6.3 months of progression-free survival compared to one month from placebo. Ripretinib improved PFS in those patients by 85%, the company said when it announced the Phase III data in August 2019.

The company did note some disappointment in a secondary endpoint of the INVICTUS trial. Ripretinib demonstrated an objective response rate of 9.4% compared with 0% for placebo, but that was not statistically significant, the company said.

Last year, the FDA granted Breakthrough Therapy Designation (BTD) for ripretinib for the treatment of patients with advanced GIST who have received prior treatment with imatinib, sunitinib and regorafenib. It was also awarded Fast Track designation and Orphan Drug designation.

Deciphera said it has also submitted marketing applications in Canada and Australia for ripretinib in advanced GIST.

Ripretinib isn’t the only drug to receive Priority Review from the FDA. The regulatory agency has awarded the designation to several drug candidates over the past week in order to speed up the potential approval process. Companies like Novartis, Kite Pharma, Eli Lilly and more earned the designation that will hasten the review process.