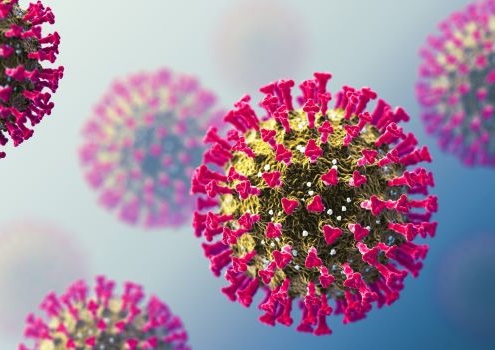 Decoding the Trends in COVID-19 Variants: Vaccines and Regions of Concern

New mutations, or variants, of the SARS-CoV-2 virus that causes COVID-19 are continuing to be discovered. This is not surprising considering that viruses mutate. If they are in an environment where they have a lot of hosts, they mutate more quickly.

Not all viral mutations are a problem for human beings. Viral mutations are a form of natural selection, and the mutations that survive are an advantage to the virus. As we’ve seen from the most common variants of the SARS-CoV-2 virus, infectiousness appears to be the trait most familiar to all of them.

To date, the most common variants to emerge are the UK strain (B.1.1.7), the South African strain (B.1.351), and the Brazilian strain (P.1). A New York variant, B.1.526, has appeared, as has a variant out of California, B.1.427/B.1.429. The variant that has risen and is currently out of control in India is dubbed a “double mutant” variant, B.1.617, which has features from the California variants and the South African and Brazilian variants.

“Double mutant” is not a remarkably accurate description, said Rakesh Mishra, director of the Indian Centre for Cellular and Molecular Biology. He also pointed out that “The major factor in the spread of the virus is the behavior of the people. Spread of the virus is largely because of us not taking care of each other. Variants are just taking advantage of our carelessness.”

So far, the leading vaccines and antibody therapies are effective against the variants, although generally not as effective as they are against the original Wuhan wildtype strain. 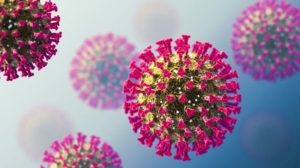 Health officials in Florida are citing a new mutation of the Brazilian variant, which they are calling P2 or P.1.1. It has a slightly different genetic sequence than the P1 strain. It was first identified in a 74-year-old Broward County man and a 51-year-old Duval County woman. The state officials indicate they are tracking the variant and do not yet know if it is more easily spread and if it behaves similarly to the P1 strain.

“We have just two cases in Florida that have the extra mutation, and what that means remains to be seen,” said Marco Salemi of the University of Florida’s Emerging Pathogens Institute. “If in a month from now we go from two cases to 500, that will be concerning. We don’t know if new mutations are going to make current variants more or less aggressive, which is why we have people around the world actively monitoring them.”

Florida, which has completely opened up the state, is leading the country in the emergence of variants, with more than 10,000 variant cases reported as of May 9. The numbers increased about two weeks after the traditional spring break period. The numbers are likely higher because only 1% of COVID-19 cases in the state are tested for their genetic code. The highest numbers of variants in the state are the UK strain.

Biopharma companies are not resting. Moderna, Pfizer–BioNTech, and other vaccine manufacturers are continuing to test their vaccines against variants and making plans to either offer booster shots or modify their vaccines to better respond to variants.

According to the company’s chief executive officer Robert Ford, Abbott Labs has designated a team of “virus hunters” that work with public health experts around the world to monitor variants.

“They’re constantly looking for new viruses, and in this case we set up a team to be able to monitor all the mutations that could exist,” Ford said at CNBC’s Healthy Returns event on Tuesday. “It can’t just be a U.S. thing, you have to partner with all the countries, all the universities, all the different collection sites, then I think that’s the way to go.”

In January, the U.S. Food and Drug Administration (FDA) informed clinical laboratories that the new variants could result in false negative COVID-19 test results. The agency identified three tests, none manufactured by Abbott, that might be less accurate because of the variants. As a result, clinical labs and vendors are racing to develop a new generation of assays that evaluate parts of the virus less likely to mutate.

The key to slowing the development of more variants is to actively vaccinate as many people as possible and slow the spread of the existing viruses via social distancing and masking.

“Speaking from an immunological and epidemiological standpoint, the availability of hosts also affects how fast a virus strain may shift or rise to dominance,” said Jessica Brinkworth, an evolutionary immunologist and biological anthropologist at The University of Illinois Urbana-Champaign’s Department of Anthropology. “To a certain extent the rise of mutant viruses is a numbers game. The more hosts available to infect, the more likely it is that a variant with beneficial mutations will become prominent.”