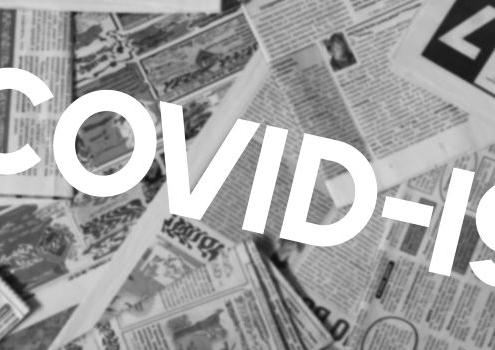 Although there are concerns about new variants, such as Mu and Lambda, data suggests that Delta is still the biggest problem and that the U.S. has struggled with infections this year. Here’s the latest news.

According to data from Johns Hopkins University, daily COVID-19 infections have increased 316% from this time a year ago, or about four times more. And to go along with it, death rates per day have almost doubled.

The reasons are the more infectious Delta variant and the high percentage of people in the U.S. refusing vaccination. According to the U.S. Department of Health and Human Services (HHS) hospitalization rates are up 158% from a year ago.

Physicians and public health experts warn about the risk of crowded hospitals with COVID-19 patients and that they may be forced to decide who gets the ICU bed when they are in full capacity. This situation is already happening in Mississippi, which has the lowest vaccination rate in the U.S., only 38%. The University of Mississippi Medical Center has reported that the emergency room and ICU are beyond capacity, mostly with COVID-19 patients.

There have been concerns about yet another COVID-19 variant, the Mu variant, which the World Health Organization (WHO) has classified as a “variant of interest.” Although it has not made it to the “variant of concern” classification yet, some laboratory data suggests the Mu variant might be able to evade immunity created by antibodies and vaccines. But it’s too early to know yet.

“These initial studies are being done in a laboratory,” said Wesley Long, medical director of diagnostic microbiology at Houston Methodist. “The research comes from labs — not what truly may be seen in actual human cases. Although they’re concerning, at this point, again Delta is still the main variant we need to be concerned about. It’s 99% of what we’re seeing now at Houston Methodist and has been for many, many weeks, at this point.”

Although Houston Methodist had not been testing for the Mu variant until the WHO announcement, they went back, tested, and found that about 50 patients were infected by it, with the first case occurring in May.

Over the summer, 167 cases of Mu were identified in Los Angeles County, first detected in July.

Although the WHO has labeled Mu a “variant of interest,” the U.S. Centers for Disease Control and Prevention (CDC) has not.

Anthony Fauci, Chief Medical Advisor for the pandemic for President Biden and Director of the U.S. National Institute of Allergy & Infectious Diseases, has noted that Mu is important to monitor, but is still rare in the U.S. “We’re paying attention to it,” he said at a news briefing last week. “But we don’t consider it an immediate threat right now.”

Ashish Jha, dean of the Brown University School of Public Health, recently tweeted that he doubted if Mu, Lambda, or other variants that have been mentioned recently in the media will push out Delta. “I don’t lose sleep over new variants,” he tweeted. “I worry about people’s fatigue with the current one.”

More First Responders in the U.S. Dying of COVID-19

According to the Officer Down Memorial Page, 132 people from law enforcement agencies in the U.S. have died of COVID-19 this year. Last month, in just Florida, six people in the state’s law enforcement died of COVIDC-19 in a 10-day period. Although there are no national statistics to support this, individual police and fire departments have reported that their personnel falls well below the national rate of 74% of adults who have had at least one shot of a vaccine.

A study published in Emerging Infectious Disease found that 36% of people who were diagnosed with COVID-19 did not have antibodies in their blood against the virus. A research team at the University of Pennsylvania conducted the research. 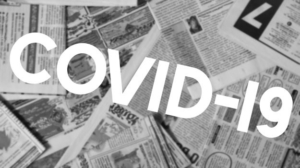 The team examined blood samples from 72 people who had tested positive for COVID-19. Two of the patients had symptoms, with 13 displaying mild disease, 48 with moderate cases, and nine with severe symptoms. They tested their blood at least three weeks after their symptoms ended.

They found that 46 of the 72 patients had detectable antibodies against the COVID-19 virus spike protein in their blood. The amount of antibodies ranged from 182 to more than 312,500. They also ran tests for antibodies against other parts of the virus, including the receptor-binding domain (RBD) and nucleocapsid (N). The overall results were that 36% were seronegative, with no detectable levels of antibodies in their blood. The group that did not develop antibodies were on average 10 years younger than people who did.

Collaboration Worth Up to $3+ Billion for Off-the-Shelf T-Cell Cancer Thera...
Scroll to top