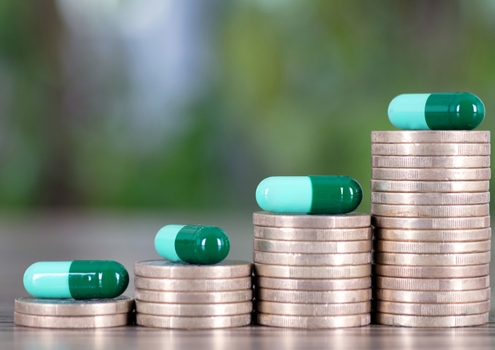 Despite Calls to Lower Drug Prices, More than 600 Medications Saw Increases in January

That figure is based on an ongoing pricing analysis conducted by the organization GoodRx. According to the report, 100 different drug manufacturers increased prices on 619 drugs in the month of January. That is slightly higher than the first month of 2019, which saw 486 brand drugs increased by an average of 5.2%. In 2018, there were price increases on 580 branded drugs by an average of 8%, GoodRx reported.

Like last year, the price increases in January 2020 happened over the course of the month in something of a slower rollout. It was a similar pattern as to 2019’s price increases, the group said. The year before though, almost 90% of all price increases happened during the first week of January, GoodRx said.

January is the most common month for drug companies to increase prices. In fact, on Jan. 1, 2020, there were more than 250 drugs that saw an increase in price between 1% and 10%, with the average increase falling at about 5%. Over the past four years, the median increase has been 9% and 10%, according to an analysis conducted by healthcare research firm 3 Axis Advisors.

Some of the drugs that saw price increases during the month of January are among the costliest of medications according to their list prices, GoodRx noted. Among those is Humira, the blockbuster rheumatoid arthritis treatment, which saw a price hike of 7.4% this year. That followed increases of 9.7% in 2018 and 6.2% in 2019.

Other drugs that GoodRx singled out for increases this year include:

As drug prices continue to play a central role in U.S. electoral politics, many drug companies have pledged to keep price increases below 10%. However, there were also a couple of outlier drugs that saw price increases above 10% this year, GoodRx said. The group pointed to the antidepressant Marplan, which saw a 14.9% increase and ADHD treatment Cotempla XR, which increased 12.3%.