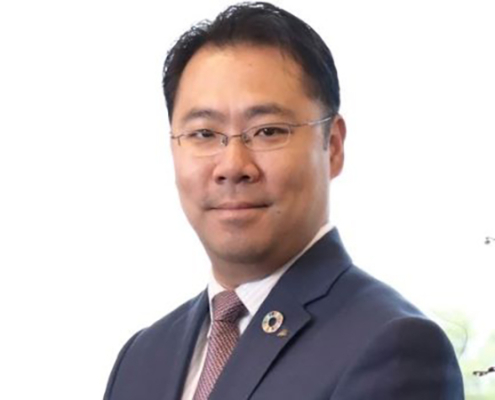 The past year has seen incremental victories in the neurodegenerative disease space with the approval of Amylyx’s Relyvrio (AMX0035) in ALS and Biogen and Eisai’s Leqembi (lecanemab) in Alzheimer’s disease.

Despite these regulatory milestones, there are still hurdles to overcome, with delivery across the blood-brain barrier topping the list.

BioSpace spoke with neurodegenerative space leaders including Al Sandrock, CEO of Voyager Therapeutics and Ivan Cheung, chairman and CEO at Eisai Inc. to learn what steps – or leaps – forward they envision for 2023. 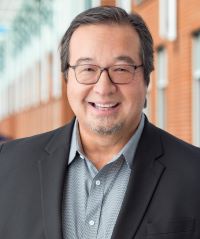 Sandrock sees important approvals for single-gene diseases of the nervous system on the immediate horizon.

Reata Pharmaceuticals has a PDUFA date of Feb. 28th, 2022 for omaveloxolone, an oral, once-daily activator of the Nrf2 transcription factor for the treatment of Friedreich’s ataxia, a rare, inherited neurodegenerative disease caused by a mutation in the FXN gene.

“If it’s approved, that will be the first real therapeutic for that very debilitating disease,” Sandrock said.

In addition, complex multigenic and polygenic diseases like ALS and Huntington’s disease have subpopulations that are driven by single genes.

Sandrock pointed to tofersen, being developed by Biogen and Ionis for superoxide dismutase 1 (SOD1) ALS, as one example. This rare form of the disease, which is caused by a mutation in the SOD1 gene, occurs in up to 20% of familial ALS cases and 2% of all cases. Tofersen, an antisense drug, is thought to reduce the synthesis of SOD1 protein production.

If approved, tofersen would be the first therapy to target a genetic cause of ALS. It has an FDA action date of April 25th, 2023.

Sandrock also highlighted Wave Life Sciences’ antisense oligonucleotide (ASO) therapy, WVE-003, which is being developed for Huntington’s. Data from the expanded 30, 60 and 90mg cohorts of the Phase Ib/IIa SELECT-HD trial are expected during the first half of 2023.

Wave’s first two ASOs failed to elicit a therapeutic effect at the same development stage in 2021. The company’s third attempt, WVE-003, incorporates novel PN backbone chemistry modifications, which have enhanced the potency and durability of Wave’s molecules in preclinical and clinical studies.

Leqembi and Relyvrio as Catalysts

“We’re now in a period of disease modification for neurodegenerative diseases,” said Michael Irizarry, M.D., senior vice president of clinical research at Eisai Inc. He referred to therapies that target the underlying pathophysiology of the disease and slow the progression, as Leqembi has been shown to do.

With an overlapping biomarker footprint, Ivan Cheung, chairman and CEO of Eisai, Inc., predicted the recent advances in Alzheimer’s will be a catalyst for indications like Parkinson’s and Lewy body dementia (LBD). These are areas, he said, that lack any kind of disease-modifying approach.

“I think Alzheimer’s will make a leap in the next few years,” he added. 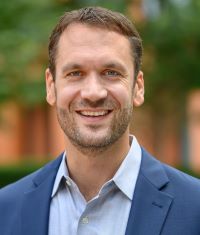 For Kasper Roet, Ph.D., founder and CEO of QurAlis, the Relyvrio approval was a larger regulatory milestone.

“That decision, I think, placed ALS more in the oncology type of regulatory framework,” he said. “That’s also really important because outside of the technological advances we have made, we also need regulatory advances and the confirmation of our strategies.”

This could have implications down the road for QurAlis, which is developing a precision therapy, QRL-201, that aims to rescue STATHMIN-2 expression in ALS patients. The expression of STATHMIN-2, a protein important for neural repair and axonal stability, is significantly reduced in ALS patients.

To facilitate more leaps in the coming years, the neurodegenerative space will need to deliver therapeutics across the blood-brain barrier.

“Thanks to the huge advances in genetics of human disease, as well as some of the real advancements in single-cell sequencing…we have a list of excellent, highly validated targets,” Sandrock said. With new modalities such as protein therapeutics, monoclonal antibodies, ASOs and siRNAs, “There’s virtually no undruggable target. The problem is delivery.”

With monoclonal antibodies, the brain-to-plasma ratio is 0.1 to 0.5%, Sandrock noted. And although ASOs and other nucleic acid-based therapies can be injected intrathecally, “You develop very steep gradients in the central nervous system, and there are parts of the brain that are very hard to reach.” The deeper structures of the brain, where a lot of neurodegenerative diseases originate, are particularly difficult to penetrate.

Voyager’s capsid technology can cross the blood-brain barrier to deliver gene replacement therapies broadly across the central nervous system. Sandrock revealed the company has discovered a receptor for one of its AAV capsids that it hopes to leverage for other modalities. For competitive reasons, Voyager is not disclosing the name of the receptor. 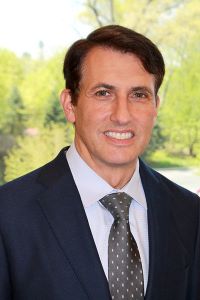 Delivery is also a challenge for tau-based therapies. The intracellular proteins that aggregate in diseases such as Parkinson’s and LBD and tau in Alzheimer’s are not well accessible by antibodies, Irizarry said. ASOs have a potential role here as well.

Therapies like Eisai’s E2814 aim to prevent tangle-forming tau seeds from neuron to neuron. But “If you want to target, for instance, the synuclein in Lewy bodies,” ASOs could be leveraged to knock down the levels of protein. The lowering of these proteins could potentially impact progression.

Eisai is in the discovery stage with ASOs looking to do just this.

QurAlis’s Roet summed up the overall mood in the space, saying, “I’m excited, honestly. There’s a lot of really good science in the neurodegenerative space.” With our healthcare system depleted, how will we teach America self-care (in...
Scroll to top