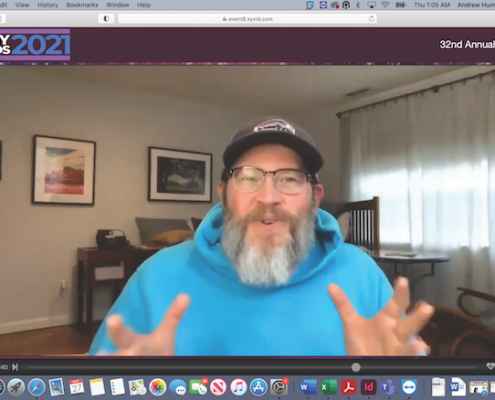 The art’s the thing

Visually stunning consumer campaigns aren’t any harder to get through legal and regulatory … and placing a focus on artistic craft can transform the fate of an agency.

Since Med Ad News expanded its categories for the 2019 Manny Awards, the magazine has offered five awards focused primarily on consumer work: Best Consumer Print Campaign, Best Consumer TV/Radio Campaign, Best Consumer Web Campaign, Best Interactive Patient Campaign, and Best Patient Engagement Campaign. So in 2019, 2020, and 2021 put together, a total of 15 consumer-focused awards were available. A single agency has won eight of them, and been nominated for three more. That same agency has won the Most Creative Agency award six of the last seven years. And lest suspicion be aroused, we should remind the reader that all these awards are selected by a vote of that agency’s peers, leaders at dozens of other health care agencies.

Something is clearly working right on the third floor at 622 Third Avenue in Manhattan, where Area 23 lives. And while it’s difficult for an outsider, wondering why, to know much about what spells are being cast there, it’s easy to see the results: the campaigns that kezep winning awards and inspiring patients to engage and clients to come back for more campaigns. Area 23’s body of consumer work over the past few years is clearly one of the most visually distinctive in the pharma industry, or any industry. That’s simply a fact, attested to again and again by the agency’s own peers. The question is, why, and what can others learn from it to improve their own work?

The answer, or at least the beginning of it, is visual craft. 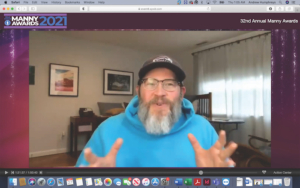 “The evolution of our visual style was intentional,” says Tim Hawkey, Area 23’s chief creative officer. “Put simply, going back 7-8 years, we knew we needed to elevate the quality of our work, and we determined that starting with visual craft was going to be the way to make the fastest impact. Think about it. Our work is so highly regulated, every word dissected, and every idea run through a battery of research and regulatory reviews. But we observed that the production process was the least regulated aspect of the creative process. It’s the part where our clients trust us to ‘make it look great.’ And legal and regulatory don’t care if something looks just average or absolutely stunning. And from a cost standpoint, we realized that you didn’t have to pay more to make something more beautiful.”

So Area 23’s leadership decided to invest their time and attention into making sure that everything the agency produced had a high level of craft and an original look to it. “This involved selecting a small handful of production partners around the world, the best of the best, and focusing on nurturing those relationships,” Hawkey says. “Within a short time, with minimal effort, we had really transformed the look and feel of our portfolio of work. Of course, then the hard work began, in working to elevate the power of the ideas and messages, and to inspire our clients to champion bold ideas and approaches that are not only ‘first in pharma,’ but ‘first, period.’”

Interestingly, visual craft isn’t something that Hawkey remembers coming up in pitches, whether from Area 23 or clients. “We tend to talk about insights, strategies, and ideas,” he says. “But the appearance of the work speaks for itself. And when something is undeniably beautiful and great to look at, I have to believe it plays a large part of clients coming to love the work, whether they articulate that or not.” 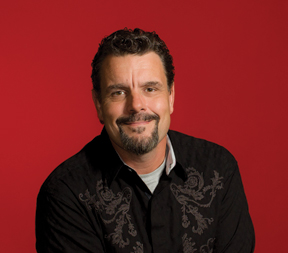 According to the creative team at Fingerpaint, another agency with a long list of visually impressive campaigns and award wins, one secret behind artistic craft is a conscious push to color outside the lines. “The artistry comes from creating an idea that gets noticed and changes behavior,” says Scott Watson, head of creative at Fingerpaint’s Conshohocken office. “When we approach a creative challenge, we like to answer it with ideas that are going outside traditional boundaries. Our ideas can tug at the heart strings, or put a shock to your system, either way they get you thinking differently. And clients like that. It’s definitely a strong conversation starter. Many times, they will ask how we came up with a certain idea. Once we take them through our approach they want to experience it for themselves. The insightful and imaginative way we can bring a brand to life is what intrigues them. They trust in our thought process, approach, and then the final output, because it delivers results.”

So why does it seem like many pharma campaigns – many any campaigns – don’t seem to place an emphasis on the artistic component? In pharma’s case, it may be an unintended outcome of who traditionally has sat where. 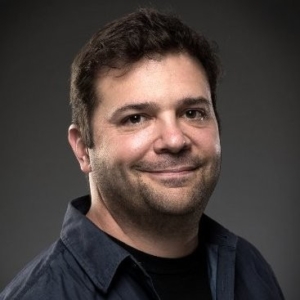 “I think it is because healthcare agencies typically used designers to do an art director’s job,” says Andy Spitzer, head of creative at Fingerpaint’s Saratoga Springs office. “That has a real effect on the final product because, while those disciplines overlap somewhat, they focus on different aspects of the visual story.”

The good news, though, is that pharma shops are showing signs of making visual art a higher priority. “In the last few years our world has become so much more sophisticated,” Spitzer told Med Ad News. “Agencies are pulling talent from the consumer space where amazing art direction is table stakes. In fact, I am seeing more and more shops rolling out positions like chief craft officer because they understand just how important it is to the brands we work on.” 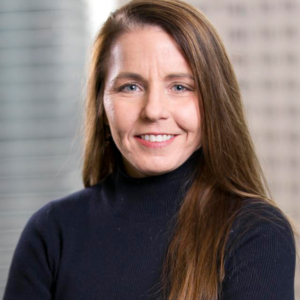 But wherever the talent comes from, elevating the importance of artistic craft needs to be a deliberate choice. “Digging deeper to go beyond the obvious takes buy-in and time,” says Joanna Friel, head of creative at Fingerpaint’s Phoenix office. “To emphasize artistic craft, it’s a must to take someone along on the exploration and participate in the steps along the way. Get them familiar so they can get excited about the possibilities too. Ask them to show you what they like from real-world examples away from pharma. Look at international work: So much international work engages the eyes, heart, and mind. It’s bold. It’s fresh. It’s brave. Taking them along the way gives them ownership and makes the unfamiliar familiar. It gives them the confidence to truly champion an original, artistic idea.”

And beyond the awards and the happy patients and clients, prioritizing artistic craft has another crucial benefit, found in the hearts and minds of the people doing the work.

Transforming the patient experience through the digitization of market rese...
Scroll to top
Posting....