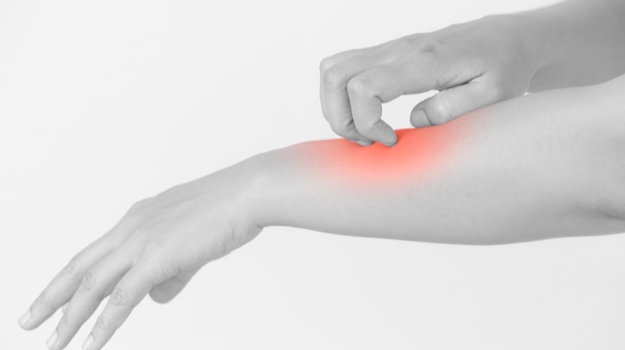 Shares of California-based DURECT Corporation plunged more than 31% Thursday after the company announced its Phase IIa plaque psoriasis treatment failed to distinguish itself against placebo. As a result, the company is abandoning the development of the product for this indication and focusing the asset on liver diseases.

Durect was assessing its lead candidate DUR-928, a sulfated oxysterol, in patients with mild to moderate plaque psoriasis. In the trial, DUR-928 was applied topically to the plaque psoriasis on one arm and the placebo to a similar plaque on the other arm daily for 28 days. Under trial protocols, each patient served as their own control, applying the topical treatments daily for the period. They were then followed by investigators for an additional four weeks after that 28-day window.

Following an Investigator’s Global Assessment, Durect said DUR-928 did not demonstrate a benefit over the placebo in a trial. He company did note that the topical treatment was well tolerated and there were no meaningful differences in adverse events between the company’s product and placebo.

In non-clinical studies, DUR-928 was shown to modulate the activity of nuclear receptors playing an important regulatory role in cellular functions such as lipid homeostasis, inflammation, and cell survival, Durect said on its website. While it missed the mark in plaque psoriasis, the company is investigating its efficacy in various liver-related diseases, including nonalcoholic steatohepatitis (NASH).

James E. Brown, president and chief executive officer of Durect, said based on the top-line data from the mid-stage trial, the company will discontinue the development of topical DUR-928 in psoriasis. The company will not discontinue the development of its lead candidate though. Brown said the company will shift its attention to DUR-928 as a potential treatment for alcoholic hepatitis. In November, the company announced positive results from a Phase IIa trial in alcoholic hepatitis, an acute form of alcoholic liver disease that is associated with long-term heavy intake of alcohol. Data from that trial showed that all of the patients treated with DUR-928 demonstrated a statistically significant reduction from baseline in bilirubin. Also, the company said 74% of all DUR-928 treated patients and 67% of those with severe AH were discharged from the hospital within four days of receiving a single dose of DUR-928.

With the recent results from the alcoholic hepatitis trial, Brown said Durect’s focus will be on initiating a Phase IIb trial in alcoholic hepatitis later this year and completing a trial in NASH. Durect launched a Phase Ib trial in NASH patients with stage 1-3 fibrosis in March 2019. Patients in that trial are administered oral doses of DUR-928. Key endpoints from that trial include safety and pharmacokinetics, clinical chemistry and biomarkers, such as bilirubin, lipids, liver enzymes, CK-18s and inflammatory cytokines.