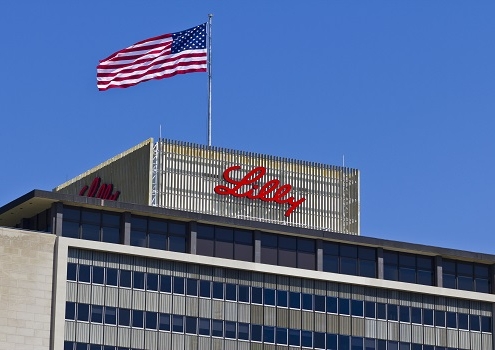 Loxo Oncology, part of Eli Lilly, has partnered with Foghorn Therapeutics in a deal that enables the former to use the latter’s Gene Traffic Control platform to advance its pipeline of oncology medicines.

The collaboration covers the co-development and co-commercialization of products created from Foghorn’s BRM oncology program and another oncology target that’s yet to be named. It will also include three discovery projects through the Gene Traffic Control platform.

Loxo will pay $300 million in cash upfront, plus an $80 million equity investment into Foghorn’s common shares at $20 per share. Foghorn will lead early research and discovery efforts, while Lilly (through Loxo) will spearhead development and commercialization activities. Foghorn will also contribute to operations and costs.

“This collaboration enables an acceleration and expansion of our pipeline and significantly strengthens our balance sheet as we strive to bring new medicines to patients and their families. We are excited to be collaborating with the Loxo Oncology at Lilly team to use our platform and utilize Foghorn’s powerful precision biology-first approach to create medicines targeting genetic dependencies within the chromatin regulatory system,” commented Adrian Gottschalk, Foghorn’s chief executive, in a statement.

Foghorn stands to gain $1.3 billion in total from potential milestones achieved for the additional discovery activities. It will also have the option to participate in a percentage of revenues from U.S. sales and tiered royalties outside of the country.

All such terms have already cleared the required waiting period, as mandated by the Hart-Scott-Rodino Antitrust Improvements Act of 1976. 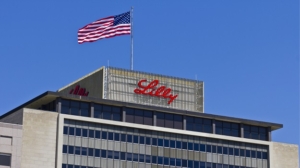 “Oncogenic mutations in BRG1 impact a large population of cancer patients and we believe are best addressed therapeutically with a highly selective BRM inhibitor, though designing such a drug is a difficult chemistry challenge. Foghorn has a differentiated platform and we look forward to the prospect of leveraging it to discover multiple new drugs against similarly challenging targets with strong biologic rationale,” said Jacob Van Naarden, CEO of Loxo Oncology and president of Lilly Oncology.

Foghorn’s BRM-Selective Program is being developed to address BRG1 mutated cancers through protein degradation and enzymatic inhibition. There are more than 30 cancers that have the brahma-related gene-1 (BRG1) mutations, which are responsible for 5% of all tumors that carry up to 10% of non-small cell lung cancer tumors.

Meanwhile, its Gene Traffic Control platform is designed to achieve a deeper understanding of how the chromatin regulatory system functions. Many diseases are associated with dysfunctions in this system, affecting more than 2.5 million cancer patients in Europe, Japan, and the U.S. alone. It has also been linked to autoimmune, neurological, and other serious illnesses.