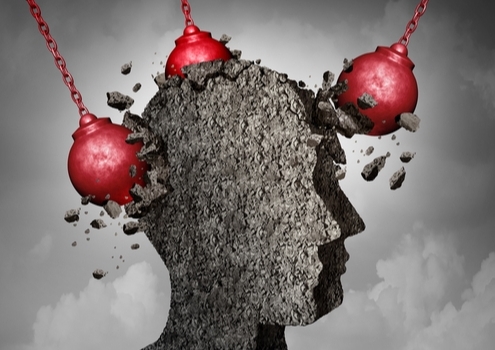 Eli Lilly and Company announced today that it has seen positive results from CENTURION, its Phase III study looking into Reyvow (lasmiditan) for migraine attacks. Reyvow demonstrated superiority over the placebo in all endpoints, including the proportion of subjects who reported pain freedom after hour following treatment for their first migraine attack.

“For the 30 million adults in the U.S. living with migraine attacks, this debilitating neurologic disease often disrupts daily activities and sidelines them in moments that matter,” said Mark Mintun, M.D., vice president of pain and neurodegeneration, Eli Lilly and Company. “We are delighted that Reyvow met all 18 patient-centric endpoints. These new clinical insights into Reyvow’s efficacy should enable healthcare providers to have more meaningful conversations with people with migraine who seek freedom from their painful attacks.”

CENTURION was designed to test the safety and efficacy of Reyvow, along with the consistency of response, in the acute treatment of migraines in adults. A total of 1,471 people with migraines were randomized in the trial and received at least one dose of either Reyvow at 200mg, Reyvow at 100mg, or a placebo. Pain freedom was defined as a reduction of pain at baseline to no pain.

“Migraine attacks affect patients in different ways, so it’s important patients have options to help achieve their individual treatment goals,” said study investigator and co-author Uwe Reuter, M.D., Ph.D., professor of neurology, Charite University Hospital of Berlin, Berlin, Germany. “I’m encouraged by this study, in which we saw Reyvow helped patients be pain-free in as early as 60 minutes and for up to 48 hours.”

While Reyvow has shown positive results, an experimental treatment from Satsuma Pharmaceuticals for acute migraines has not seen a similar outcome.

The company announced on Sept. 10 that its treatment – a drug and medical device combination product that administers a dry powder formulation of dihydroergotamine mesylate – failed in EMERGE, a late-stage clinical trial. While preliminary data showed that both doses of the experimental treatment (STS101) led to improvement in measures of pain and other symptoms, it was not statistically significant when compared to a placebo.

“We are surprised and disappointed that STS101 did not achieve statistical significance on the co-primary endpoints in our EMERGE trial,” said John Kollins, President and Chief Executive Officer of Satsuma. “On behalf of everyone at Satsuma, I’d like to thank the many people with migraine who participated in EMERGE as well as the staff at the trial sites for their dedication and diligence in completing the trial, despite the challenges posed by the ongoing COVID-19 pandemic.”

The EMERGE efficacy trial of STS101 was a multi-center, single-dose, randomized, double-blind, placebo-controlled, parallel group study that involved more than 1,140 migraine patients based in the U.S. Further analysis of the trial data is ongoing, and Satsuma expects to provide a more detailed update on its business plans following the analysis of EMERGE. In the trial, STS101 was well-tolerated with low adverse event rates, and no serious adverse events were reported.