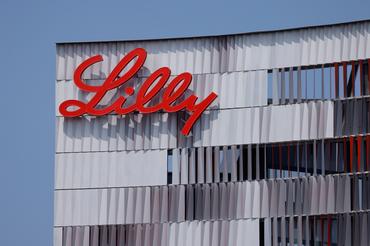 (Reuters) – Eli Lilly & Co on Wednesday said other trials of its experimental coronavirus antibody therapy remain on track after a government-run study testing the treatment in hospitalized COVID-19 patients was paused due to safety concerns.

Lilly said on Tuesday that an independent safety monitoring board requested a pause in the trial, called ACTIV-3, due to a potential safety issue.

The National Institutes of Health (NIH), which is collaborating with Lilly on the trial, said the advisory board paused the trial after seeing a “difference in clinical status” between patients on Lilly’s drug on those who received a placebo, without providing further detail.

Lilly on Wednesday said the paused trial is distinct from others it is conducting because it focuses on hospitalized patients who are more severely ill and being treated with other drugs as well, including Gilead Sciences Inc’s antiviral remdesivir.

The company had already asked U.S. regulators for an emergency use authorization (EUA) for the antibody drug, called bamlanivimab or LY-CoV555, to treat mild to moderate COVID-19 patients, based on interim data from a different study in those less severe illness. It is also testing the drug in nursing homes to see if it can prevent staff and residents from getting infected.

The U.S. Food and Drug Administration did not immediately respond to a request for comment on the status of the EUA application.

LY-CoV555 is similar to the experimental dual-antibody therapy from Regeneron Pharmaceuticals Inc that was used to treat U.S. President Donald Trump. That treatment is also awaiting clearance by U.S. regulators. 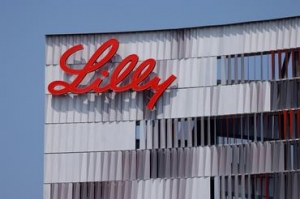 Trump touted both drugs as being tantamount to cures in a video he posted last week after being released from the hospital.

Lilly said in a statement that these type of treatments may prove to be less beneficial for hospitalized patients than for those with more mild cases of the disease. A Lilly spokeswoman declined to comment further on why the trial was halted.

The paused trial is being conducted in partnership with the U.S. National Institute of Allergy and Infectious Diseases, a division of the NIH that is working with several drugmakers on COVID-19 treatments and vaccines.

It was halted at the request of an independent oversight panel, called a Data Safety and Monitoring Board (DSMB). It is not uncommon to pause drug trials to investigate safety concerns, and such actions do not necessarily indicate a serious problem.

“Lilly trusts the judgment of the independent DSMB and supports its decisions to exercise caution in ensuring the safety of the patients participating in this study,” the company said in a statement.