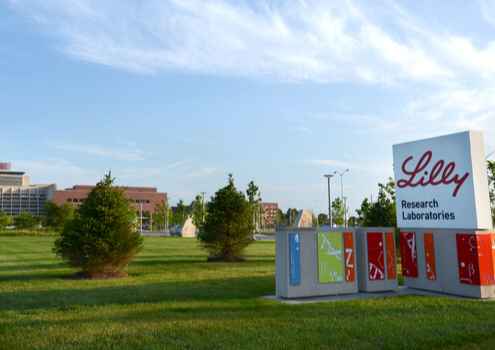 Eli Lilly had a lucrative first quarter, with revenue growth rising 15% driven by sales of its diabetes drug Trulicity and its COVID-19 antibodies. The company optimistically revised its 2022 guidance by about $1 billion, from a previous estimate of $27.8 to $28.3 billion to an expected $28.8 to $29.3 billion.

Growth for its COVID-19 antibodies was even stronger, rocketing 81% from $810.1 million in the first quarter of 2021 to $1.46 billion one year later. The antibodies include bamlanivimab monotherapy, bamlanivimab and etesevimab in combination and bebtelovimab.

Most of the upward 2022 revenue revision is related to the COVID-19 antibody revenues, with the sale of 600,000 doses of bebtelovimab to the U.S. government in the first quarter. The government also has an option to acquire another 500,000 doses of bebtelovimab no later than July 31, 2022, but the company doesn’t know if that option will be exercised. 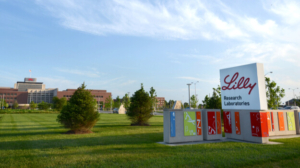 “Lilly delivered another quarter of volume-driven growth led by key products and anticipates 2022 to be an exciting year with several potential approvals and new pipeline events,” CEO and chair David A. Ricks stated. “With the depth of our pipeline and growth of our medicines in the market, we are well-positioned to help address health challenges in areas of significant unmet medical need, such as obesity, Alzheimer’s disease and cancer.”

The big focus of the report appears to be on its tirzepatide. The company reported positive data from its Phase III trial of the drug for obesity or overweight. In the Phase III Surmount-1 trial, it demonstrated up to 22.5% weight loss in adults with obesity or overweight over a period of 72 weeks. Patients taking the drug lost up to 52 pounds, with 63% who took the 15 mg dose achieving at least 20% bodyweight reduction as a key secondary endpoint.

Lilly also discussed two recent rejections from the U.S. Food and Drug Administration. The company received a Complete Response Letter (CRL) for sintilimab in combination with pemetrexed and platinum chemotherapy for first-line treatment of nonsquamous non-small cell lung cancer. It also received a CRL for a supplemental application for Olumiant for atopic dermatitis because, as Lilly noted, “the company was not in alignment with the FDA on the indicated population.”

The company’s press release doesn’t mention the company’s investigational Alzheimer’s drug donanemab. In its fourth-quarter and full-year financial report, Lilly noted its timeline for an accelerated approval request for the drug was no longer on schedule for the first quarter because of the U.S. Centers for Medicare & Medicaid Services (CMS) draft national coverage decision for Biogen’s Alzheimer’s drug Aduhelm (aducanumab).

That was based on CMS’s proposed draft guidance. In mid-April, CMS finalized the decision, which limited Aduhelm to people participating in clinical trials. They also applied the decision to the entire class of beta-amyloid-clearing drugs, to which Lilly’s donanemab belongs.

In Lilly’s Phase II Trailblazer-Alz trial, donanemab demonstrated the ability to decrease beta-amyloid levels by almost 80% on average. The FDA awarded it Breakthrough Therapy designation based on the Phase II results.