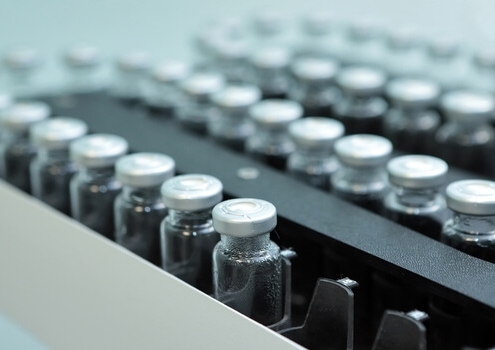 Gaithersburg, Maryland-based Emergent BioSolutions inked another manufacturing agreement to support the development of a vaccine against COVID-19, the disease caused by the novel coronavirus.

This morning, the company signed a deal with AstraZeneca to provide contract development and manufacturing (CDMO) services to support the manufacture of that company’s vaccine candidate, AZD1222, a viral vector-based, weakened version of adenovirus containing the genetic material of SARS-CoV-2 spike protein. The deal, the second in a little more than a month, is valued at about $174 million. Emergent will provide contract development and manufacturing services beginning in 2020 to produce drug substance at large scale for commercial supply. The deal announced this morning builds upon a partnership announced in June between the two companies to support vaccine manufacturing efforts. The two deals bring the total AstraZeneca commitment with Emergent to a combined $261 million.

For Emergent, the deal with AstraZeneca follows a number of manufacturing agreements the company has forged in response to the pandemic. Earlier this month, Emergent and Johnson & Johnson subsidiary Janssen Pharmaceutical entered into a five-year deal to manufacture J&J’s Ad26.COV2-S COVID-19 vaccine. That deal, which was valued at $480 million over the first two years, came about a month after Emergent signed a public-private partnership with the Biomedical Advanced Research and Development Authority (BARDA) under Operation Warp Speed worth about $628 million. That deal was struck to bolster rapid-development of a potential vaccine developed under Operation Warp Speed.

AstraZeneca announced last month that it planned to manufacture two billion doses of its vaccine, with 400 million slated for the U.S. and UK, and one billion allotted for low- and middle-income countries.

Robert G. Kramer, president and chief executive officer of Emergent BioSolutions, said the company is driven by its desire to advance solutions that will make an impact on this pandemic.

“As COVID-19 vaccine candidates progress through the pipeline, Emergent stands ready alongside leading innovators to rapidly deploy our CDMO services to help meet the substantial demand for a vaccine – anchored on our foundational expertise in development and manufacturing and propelled by our commitment to our mission – to protect and enhance life,” Syed T. Husain, senior vice president and CDMO business unit head at Emergent, said in a statement.