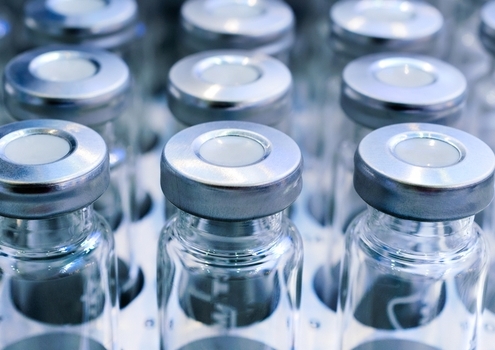 Operation Warp Speed is the U.S. government’s initiative to accelerate production of a vaccine against COVID-19, the disease caused by the novel coronavirus SARS-CoV-2. Emergent BioSolutions, a contract development and manufacturing organization (CDMO), announced it had signed a public-private partnership under Operation Warp Speed worth about $628 million. The goal is for rapid domestic production of leading COVID-19 vaccine candidates through 2021.

Specifically, Emergent said they had been issued a “task order under an existing contract with the Biomedical Advanced Research and Development Authority (BARDA), part of the Office of the Assistant Secretary for Preparedness and Response (ASPR) at the U.S. Department of Health & Human Services (HHS)” to use its manufacturing infrastructure and expertise to support the government’s efforts to deliver COVID-19 vaccines.

The original BARDA contract was set in 2012, and established the company’s Baltimore Bayview facility as a Center for Innovation in Advanced Development and Manufacturing (CIADM) for pandemic preparedness. This new deal expands the partnership to include investments in the company’s Baltimore Camden and Rockville sites, which would create a U.S.-based manufacturing supply chain for drug and biotechnology efforts for COVID-19 vaccine candidates.

“Emergent is proud of this expanded BARDA partnership that symbolizes confidence in our development and manufacturing capabilities that have served the U.S. government’s needs for more than two decades,” said Robert G. Kramer Sr., president and chief executive officer of Emergent. “Our longstanding record of delivering safe and effective medical countermeasures for public health positions us to continue to help at this critical moment by advancing COVID-19 vaccine programs of our fellow innovators in the industry.”

In addition to $542.7 million committed to manufacturing capacity, the remaining $85.5 million will be allocated for rapid expansion of Emergent’s viral and non-viral CDMO drug product fill/finish capacity at the Baltimore Camden and Rockville plans.

The Bayview CIADM facility was founded via a public-private partnership with HHS in 2012. It was designed to manufacture large vaccine and treatment volumes quickly during public health emergencies. It has the capacity to manufacture “tens to hundreds of millions of doses of vaccine on an annual basis.”

“Emergent’s landmark partnership with BARDA puts us at the forefront of CDMO collaborations, elevating us to respond to these unprecedented times,” said Syed T. Husain, senior vice president and CDMO business unit head at Emergent. “This innovative solution paves the way for pharmaceutical and biotechnology innovators with leading COVID-19 vaccine candidates to have an established U.S. development and manufacturing supply chain. This investment in increased capacity and capabilities will serve the industry’s expanding clinical and commercial pipelines more broadly, ultimately benefiting more patients globally.”

It was also announced yesterday that two companies owned by billionaire physician and businessman Patrick Soon-Shiong made it to the short list of 14 vaccine candidates evaluated by Operation Warp Speed. So far, HHS has only announced financial vaccine for five other vaccine candidates, which includes Moderna, Johnson & Johnson, and AstraZeneca. The announcement was made by Soon-Shiong during a May 27 investor call and press release, but HHS has not announced it yet.

Soon-Shiong said that HHS has not committed any money to his company’s yet, but that Warp Speed is arranging monkey tests by a federal lab of the vaccine.

“We’re not confirming anyone’s involvement in the initial group [of vaccines] unless a company is bound by fiduciary requirements to report contractual agreements,” said Michael Caputo, an HHS spokesperson for Warp Speed.

The two Soon-Shiong companies are apparently publicly traded NantKwest and privately held ImmunityBio. They have yet to publish data on their vaccine, which uses an unusual technique to stimulate an immune response against the virus.

In fact, Science notes that a May 27 vaccine table published regularly by the World Health Organization (WHO) listed 125 candidates, and neither NantKwest nor ImmunityBIo’s candidate was on it.

Soon-Shiong said, “We’ve been stealth,” trying to avoid attention because of widespread belief that he oversells his projects. But according to Soon-Shiong, he and his group made a Zoom presentation to HHS on April 9, and were then invited to submit a full proposal and were told their vaccine would be among the candidates that Warp Speed evaluates in head-to-head monkey studies.

The NantKwest/ImmunityBio vaccine leverages an adenovirus designated Ad5 engineered to deliver a gene for the spike (S) protein. The problem with Ad5 as a vaccine vector is that broad segments of the population have already been exposed to it, and if people have preexisting Ad5 immunity, the vector can be knocked out by the immune system before it has a chance to infect cells and begin churning out SARS-CoV-2 proteins. ImmunityBio modified Ad5 by removing several of its gene in order to make it less obvious to the immune system.