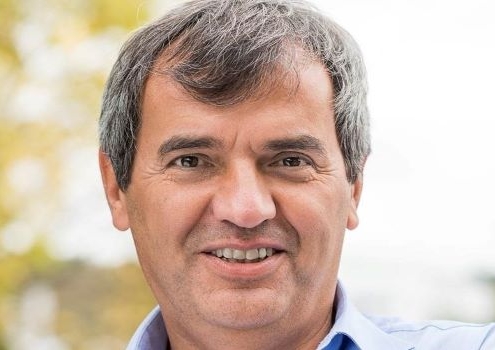 Enhertu (trastuzumab deruxtecan), which received Breakthrough Therapy Designation and orphan drug status in the U.S. in May, is a human epidermal growth factor (HER2)-directed antibody drug conjugate. It was granted sBLA acceptance based on statistically significant and clinically meaningful improvement versus chemotherapy, in objective response rate and overall survival in its DESTINY-Gastric01 randomized Phase II trial.

Gastric cancer is the fifth most prevalent cancer in the world and is most often diagnosed in the advanced stages when it has already metastasized to other areas of the body. 5-year survival rates vary greatly between localized gastric cancer, at 69%, as opposed to after it has spread to the surrounding tissues or organs, where 5-year survival stands at just 31%.

“Once patients with HER2-positive metastatic gastric cancer progress following initial treatment with an anti-HER2 regimen, there are no approved HER2-directed medicines. The prognosis for these patients is poor, as available treatment options offer only limited clinical benefit,” José Baselga Executive Vice President, Oncology R&D at AstraZeneca, said in a statement. “This milestone brings us one step closer to delivering a potentially practice-changing medicine to patients with gastric cancer in the U.S.”

It has been estimated that 22% of gastric tumors are HER2-positive. This type of tumors tends to grow more aggressively than those without this receptor, but the good news is that medicines have been discovered to block or turn off the HER2 receptor. However, Roche’s Herceptin (Trastuzumab) is the first, and currently the only, monoclonal antibody therapy approved for use as the first treatment of HER2-positive metastatic stomach cancer.

AstraZeneca and Daiichi Sankyo are hoping that Enhertu will become the second HER-2 targeted drug to market. 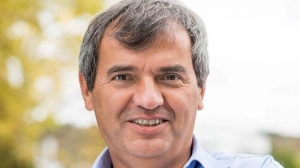 “The results of the DESTINY-Gastric01 trial are unprecedented as they represent the first time a HER2-directed medicine has demonstrated an improvement in survival following chemotherapy and HER2 treatment in the metastatic setting. Building on the recent Breakthrough Therapy Designation, the filing of the application and Priority Review by the FDA for this potential new indication for Enhertu reflects the importance of the data and the significant unmet need for patients with previously treated HER2-positive metastatic gastric cancer,” Antoine Yver, Executive Vice President and Global Head, Oncology Research and Development at Daiichi Sankyo, said in a statement.

Coming up next on Enhertu’s path to commercialization will be the FDA action date for their regulatory decision during the first quarter of 2021.

“We are excited about new potential treatments which can prolong life and improve the quality-of-life for stomach cancer patients,” said Paul Gottsegen, Chairman of the Gastric Cancer Foundation. “There is still a wide need for meaningful advances for gastric cancer and we are grateful for new developments which can help our patients and their caregivers on their journey.”