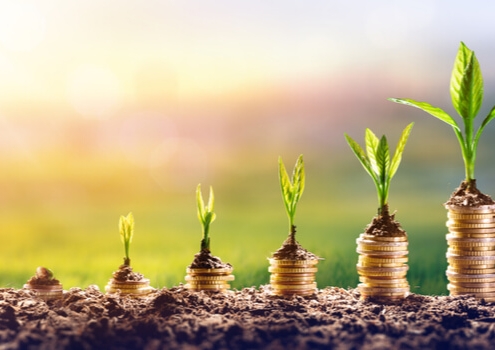 Epidarex Capital, a transatlantic life science venture company based in Edinburgh, Scotland, closed a new fund, the Epidarex Capital III UK LP worth £102.1 million, or $126.6 million (US). It will focus on building new life sciences companies coming out of research in the UK, including spinouts from universities. It expects the typical investment will range from £2 million to £5 million.

The new fund was built on a £50 million commitment by the British Business Bank from its Enterprise Capital Funds (ECF) program for early stage venture capital. This program mixes private and public funds to allow equity investments in high-growth businesses. Since its founding, the program had invested more than £1.36 billion, including third-party investment, into 540 smaller UK high growth businesses. Its investment in Epidarex Capital III UK is the largest ECF so far and the first to focus on life sciences.

Epidarex has headquarters in Edinburgh and its U.S. offices in Bethesda, Maryland.

“We are grateful for the tremendous support from the British Business Bank and from returning investors, which has allowed us to close this significant new UK fund,” said Sinclair Dunlop, managing partner at Epidarex. “Epidarex’s differentiated approach to life science investing draws from our global network of experts and long-standing relationships with multiple highly regarded universities and research institutions. Epidarex can now significantly expand and support its portfolio of UK life science start-ups with the potential to both transform patient outcomes and generate competitive investor returns.”

The first investment launched Lunac Therapeutics, which spun out from the University of Leeds in November 2019. The company was provided £2.65 million in a Series A financing round. Lunac focuses on finding and developing advanced anticoagulants by targeting activated Factor XII, with the hopes of developing effective anticoagulants with minimal bleeding risk. The round was led by Epidarex Capital and the University of Leeds. The company was founded on intellectual property from Helen Philippou and Richard Foster whose research into Factor XII had been supported by the Wellcome Trust, British Heart Foundation and the Medical Research Council.

Epidarex indicates it plans to announce more investments in the coming months.

There have been several venture funds that closed during the COVID-19 pandemic, including Atlas, ARCH Venture Partners and Flagship Pioneering. ARCH announced two new funds in April with a combined total of $1.46 billion. Flagship announced a new fund, also in April, worth $1.1 billion. Deerfield Management also closed on a fund in April worth $840 million. In early June, Atlas announced a $400 million fund.

All funds noted that the COVID-19 pandemic was at the forefront of investors’ minds, with particular political and media attention focused on the role of biopharmaceutical companies in developing and testing drugs and vaccines against the disease.

Kyparissia “Kip” Sirinakis, managing partner at Epidarex, agrees, saying, “With COVID, it really put an emphasis on the importance of healthcare, including the importance of the research that is done. We’ve found as we were fundraising that there are more people that are interested that maybe hadn’t gone into those spaces before because they see the importance of having a strong pharmaceutical and devices industry.”

Part of the emphasis is also to spearhead initiatives to build the UK life sciences industry.

“It is our ambition to make the UK the best place in the world to start and grow a business, and that means backing innovation as we rebuild and revitalize the UK economy,” said Nadhim Zahawi, the UK Minister for Business and Industry. “The UK is already home to one of the strongest, most productive health and life science industries globally and today’s £50 million government investment will help to ensure this crucial sector continues to thrive, transforming people’s lives.”