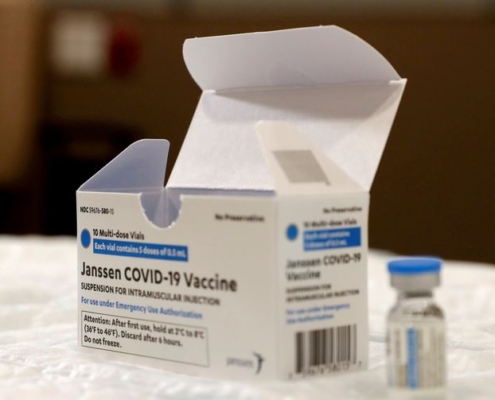 Europe’s drug regulator has found a possible link between Johnson & Johnson’s (JNJ.N) COVID-19 vaccine and rare blood clotting issues in adults who received doses in the United States, but backed its overall benefits against any risks.

The European Medicines Agency (EMA) said on Tuesday its safety committee had concluded that a warning about unusual blood clots with low platelets must be added to the vaccine’s labels, just as it has also required of rival vaccine maker AstraZeneca (AZN.L).

The review of the cases prompted a pause in the rollout of the vaccine in Europe and the United States last week, the latest blow to efforts to tackle the pandemic, which has killed more than 3.1 million and infected 142.1 million worldwide.

While the regulator said it considers the vaccine safe, it was up to the EU member states to decide how to use it, taking a similar stance to that with AstraZeneca. read more

“I have to stress again (the cases) are very rare and in the vast majority of cases these vaccines are going to prevent death and hospitalisation from COVID-19,” EMA executive Director Emer Cooke said in a briefing.

“We have to balance the benefits of the vaccine with the risks.”

Several nations have suspended or limited the use of AstraZeneca’s vaccine over possible blood clots. (https://bit.ly/3xckNFu)

The EMA examined eight cases of clotting that occurred in U.S. adults under 60 years, mostly women, within three weeks of vaccination with J&J’s single shot. 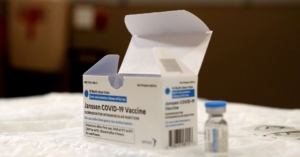 With both the AstraZeneca and J&J vaccines, the reports involve extremely rare clotting, mainly a type of blood clot called cerebral venous sinus thrombosis (CVST), that was seen in combination with low levels of blood platelets, called thrombocytopenia.

J&J has said it is working closely with regulators and noted that no clear causal relationship had been established between the clotting cases and its shot.

The EU watchdog also said that most clots had occurred in the brain and abdomen, as was the case with AstraZeneca’s (AZN.L)shot, Vaxzevria, which is also being studied for similar blood clotting problems.

“One plausible explanation for the combination of blood clots and low blood platelets is an immune response, leading to a condition similar to one seen sometimes in patients treated with heparin,” the EMA said.

The U.S. health regulator last week recommended pausing the use of the J&J single-dose shot after six women under the age of 50 developed blood clots after receiving it.

The cases were reported out of more than 7 million doses administered in the United States as of April 13, the EMA said.

U.S. authorities will meet on Friday to discuss whether to resume using the vaccine.

J&J, which recorded $100 million in COVID-19 vaccine sales, has delayed rolling out the vaccine to Europe, but said on Tuesday it was prepared to resume the deployment. It has said it would aim to deliver 55 million doses to the EU, as contracted, by the end of June.

J&J’s vaccine, developed by its Janssen unit, is one of four COVID-19 vaccines authorised for use in Europe.