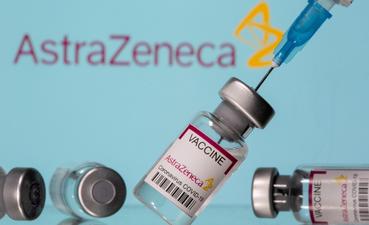 AMSTERDAM/LONDON (Reuters) – Europe pushed to get its COVID-19 vaccination drive back on track on Friday after EU and British regulators said the benefits of AstraZeneca’s shot outweighed any risks following reports of blood clots.

The end to the suspension of AstraZeneca shots by more than a dozen countries will now kick off a test of public confidence, both in the vaccine and regulators who are under unprecedented scrutiny as variants of the virus spread and the global death toll climbs beyond 2.8 million.

Safety concerns had led at least 13 European countries to stop administering the shot, slowing an already faltering inoculation campaign across the European Union, which is lagging Britain and the United States.

Europe’s leaders say they need to accelerate their vaccination drive, with deaths in the EU topping 550,000, less than a 10th of the bloc’s population inoculated and growing signs of an imminent third wave of infections.

Germany, Italy and others countries including Indonesia began on Friday to administer the shots they had suspended after reports of about 30 cases of rare brain blood clots sent scientists and governments scrambling to determine any link.

France’s health regulator, however, recommended only over 55s should get AstraZeneca shots due to concern those younger were more at risk of clots while Lithuania will let people chose their vaccine in a possible litmus test of sentiment.

The European Medicines Agency (EMA) came to what it called a clear conclusion that the vaccine’s benefits in protecting people from coronavirus-related death or hospitalisation outweighed the possible risks.

Still, EMA said a link between rare events of blood clots in the brain and the shot could not be definitively ruled out and it would continue its scrutiny, as will the British Medicines and Healthcare products Regulatory Agency (MHRA).

“This is a safe and effective vaccine,” EMA Director Emer Cooke told a briefing on Thursday. “If it were me, I would be vaccinated tomorrow.”

The EMA said it would update its guidance on the vaccine to include an explanation for patients about potential risks and information for healthcare professionals to help people recognise when they may need medical assistance.

Germany resumed administering the vaccine on Friday morning after a three-day pause as the nation’s health minister warned there were not enough vaccines in Europe to contain a third wave of coronavirus infections. [L8N2LH2T9]

In Italy, where Prime Minister Mario Draghi said the country was also resuming vaccinations with AstraZeneca’s shot, about 200,000 inoculations had been put on hold due leaving regions in control of inoculations to reschedule them.

“They already have the doses, it’s not like we have to distribute more today,” an Italian health ministry spokesman said.

Spain will resume inoculations from Wednesday with the Netherlands also planning to start using AstraZeneca shots again next week.

Canada also gave its backing to the vaccine though Denmark and Sweden both said they needed more time to make a decision.

French Prime Minister Jean Castex said he would get the shot on Friday to try to promote acceptance. Still, the country’s recommendation for giving the shot only to those 55 and older reflects a lingering reluctance. 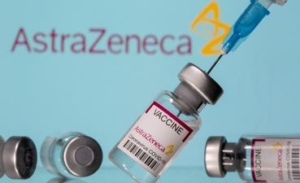 “The EMA has identified a possible increased risk of (thrombosis) in people under 55 years old,” the country’s drug regulator said.

Georgia said coronavirus vaccinations with the AstraZeneca shot would continue only in fully-fledged medical centres following the death of a nurse who suffered an anaphylactic shock, according to regional news agencies.

The central African country of Cameroon, meanwhile, suspended the AstraZeneca vaccine on Friday, saying it was a precautionary move, without providing specifics.

Amid a mixed global picture, some experts sought to reinforce confidence in AstraZeneca’s vaccine, which is seen as an important asset globally due to its relatively easy storage and transport requirements and low price compared to mRNA vaccines made by Pfizer and Moderna.

“What we really should be focusing on is that this is incredibly reassuring. The processes are working, the safety monitoring that we all expect from our authorities is happening,” Andrew Pollard, who runs the Oxford Vaccine Group, told BBC radio.

“We do need to continue to monitor safety, but in the end it’s the virus we’re fighting, not the vaccines.”

Oxford University partnered with AstraZeneca to develop the vaccine.

Britain’s MHRA is investigating five cases of the rare brain blood clot among 11 million shots administered in the country.

The MHRA, like the EMA, said it would scrutinise reports of clots in the cerebral veins – know as sinus vein thrombosis, or CSVT – occurring together with lowered platelets soon after vaccination.

But the agency said the vaccine should continue to be used and one official said Britain’s roll-out would probably carry on even if a link were proven.

The drugmaker’s own review covering more than 17 million people who have received its shot in the EU and Britain found no evidence of increased risk of blood clots.

The World Health Organization, which this week reaffirmed its support for the shot that remains a centrepiece of its COVAX vaccine sharing programme, plans on Friday to give an update on its vaccine advisory committee’s review.

Reporting by Anthony Deutsch and Toby Sterling in Amsterdam, Ludwig Burger in Frankfurt, Kate Kelland and Alistair Smout in London, John Miller in Zurich and Caroline Copley in Berlin; Writing by John Miller; Editing by Nick Macfie and David Clarke