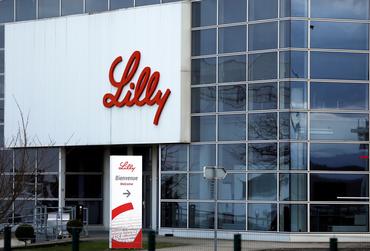 (Reuters) – Europe’s drug regulator said on Thursday it had initiated a rolling review of U.S.-based Eli Lilly’s antibodies to treat COVID-19, days after saying their combination could be used in patients at high risk of progressing to severe illness.

This is the latest antibody treatment to earn such a review in the region and follows the European Medicines Agency’s (EMA) evaluation of drugs from South Korea’s Celltrion and U.S.-based Regeneron.

The rolling reviews are aimed at speeding up the approval process by allowing researchers to submit findings in real-time before final trial data is available. 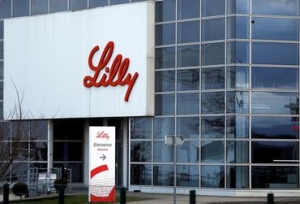 FILE PHOTO: The logo of Lilly is seen on a wall of the Lilly France company unit, part of the Eli Lilly and Co drugmaker, in Fegersheim near Strasbourg, France, February 1, 2018. REUTERS/Vincent Kessler

Vir Biotechnology and Britain’s GSK plan to seek emergency use authorization for their experimental antibody therapy after interim data, the companies said on Thursday.

EMA said it was yet to evaluate the full dataset, adding it was too early to draw any conclusions regarding the benefit-risk balance of Lilly’s medicines.

It said the decision to start the review was based on preliminary results from two studies, one testing the ability of the antibodies to treat patients when combined and the other when bamlanivimab is used as a standalone.

So far, vaccines from Pfizer/BioNTech,, Moderna and AstraZeneca/Oxford have been approved in the region, with the verdict on J&J’s single-shot vaccine is expected later in the day.

Reporting by Muvija M and Indranil Sarkar in Bengaluru; Editing by Sriraj Kalluvila