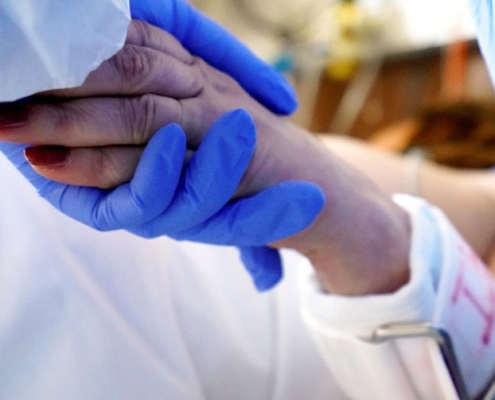 By Aparupa Mazumder and Rittik Biswas

(Reuters) – Europe crossed 75 million coronavirus cases on Friday, according to a Reuters tally, as the region braces for the new Omicron variant at a time when hospitals in some countries are already strained by the current surge.

Over 15 countries in Europe have reported confirmed cases of the new variant that has rattled financial markets. The European Union’s public health agency said on Thursday that the Omicron variant could be responsible for more than half of all COVID-19 infections in Europe within a few months. read more

Even before the discovery of Omicron, Europe was pandemic’s epicentre with 66 out of every 100 new infections each day coming from European countries, according to a Reuters analysis.

The United Kingdom has so far reported the highest total number of coronavirus cases in the region followed by Russia, France and Germany.

The Reuters data shows the pace of the pandemic has picked up speed in the second half of 2021. Europe has reported highest daily average of 359,000 new cases in second half as compared with highest daily cases of about 241,000 a day in the first half of the year.

To deal with that surge, several European governments reimposed limits on activity, ranging from Austria’s full lockdown to a partial lockdown in the Netherlands and restrictions on the unvaccinated in parts of Germany, the Czech Republic and Slovakia. read more

Vaccine hesitancy is a global phenomenon, but experts say central Europeans may be particularly sceptical, decades after the collapse of Communist rule eroded public trust in state institutions. 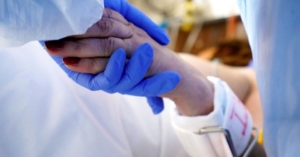 A medical specialist holds the hand of a patient suffering from the coronavirus disease (COVID-19) at the intensive care unit (ICU) of Toxicology and Sepsis clinic of the Riga East Clinical University Hospital in Riga, Latvia. REUTERS/Janis Laizans

In Latvia, one of the least vaccinated countries in the EU, bodies at the morgue ended up stacked on top of each other, unclaimed for days, as relatives fight queues at cemeteries to bury them. read more Hospitals in the Czech Republic, where only 62% of the population has gotten at least one dose, are strained by the number of COVID patients.

In Ukraine, where only 30% have gotten at least a first dose, the average number of COVID deaths a day recently set records.

In Head-to-Head Comparison, Moderna Bests Pfizer by a Nose
Scroll to top
Posting....