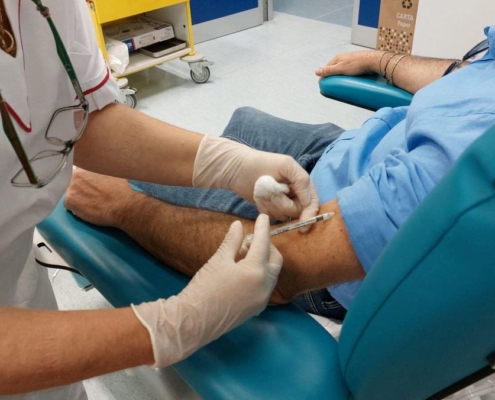 By Natalie Grover and Jennifer Rigby

LONDON, Aug 10 (Reuters) – Health officials in Europe are discussing whether to follow a move by the United States to stretch out scarce monkeypox vaccine supplies, with the World Health Organization calling for more data.

There have been 27,800 monkeypox cases – largely among men who have sex with men – and 12 deaths worldwide this year. read more

Supplies of the key Bavarian Nordic (BAVA.CO) shot, the only vaccine authorized to prevent monkeypox and a key part of the global public health response, are scarce, according to WHO and other government health agencies.

On Tuesday, the U.S. backed using one vial of the vaccine to administer up to five separate doses – instead of a single dose – by injecting a smaller amount in between layers of the skin. The vaccine was designed to be injected into a layer of fat beneath the skin. read more 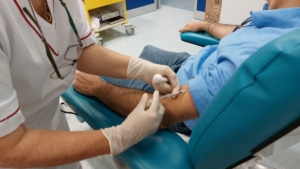 This so-called ‘dose-sparing’ approach has been tried before with other vaccines, including for polio and yellow fever, but evidence is limited on whether it could work for monkeypox. read more

“The European Medicines Agency (EMA) will discuss the possibility of a dose-sparing approach,” an EMA spokesperson told Reuters, adding the regulator would discuss the strategy with the manufacturer, Bavarian Nordic, and European countries.

The company did not respond to repeated requests for comment.

The WHO “encourages the use of vaccines within trials that will help to gather relevant information for their use in this outbreak,” a spokesperson told Reuters by email. read more

According to the U.S. Food and Drug Administration, data collected in a 2015 clinical study demonstrated that dose sparing could work without sacrificing the safety and efficacy of the vaccine.

Meanwhile, some governments in Europe are taking other steps to extend existing supplies. For instance, Britain is offering just one shot of the two-dose regimen to people most at risk as a temporary measure to afford at least some protection to a greater number of people.

It is unclear whether either approach will result in adequate protection against monkeypox, which is usually a mild to moderate infection that leads to flu-like symptoms and characteristic pus-filled skin lesions.

The viral disease has been endemic in parts of Africa for decades, and was first reported this year outside those countries in May.

Adam Finn, a professor from the University of Bristol who is working with WHO Europe to provide advice on monkeypox immunization campaigns, said it “makes sense” to assess the dose-sparing approach “as vaccine stock-outs are a very real potential worry with the monkeypox epidemic.” 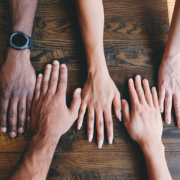 Getting the balance right 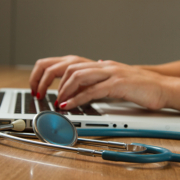 The continuum of the clinical trial participant experience 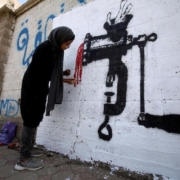 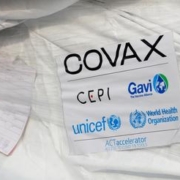