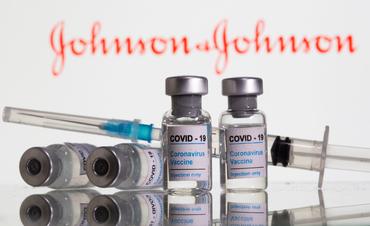 Germany’s health ministry said it would start deliveries to federal states for use in vaccination centres shortly, and that family doctors should receive the vaccine from week after next.

The European Medicines Agency (EMA) said on Tuesday that it had found a possible link between J&J’s vaccine and rare blood clotting issues in adults who received doses in the United States, but it said that benefits of the one-dose shot outweigh its risks.

The review of a handful of cases prompted a pause in the rollout of the J&J vaccine in Europe and the United States last week, the latest setback to efforts to tackle the pandemic, which has killed more than 3.1 million and infected 142.1 million worldwide.

While the EMA said it considers the vaccine safe, it has left it up to the European Union’s member states to decide how to use it, taking a similar stance to that with rival AstraZeneca’s (AZN.L) shot.

The Netnetands plans to resume the use of the vaccine as of Wednesday. Italy’s health ministry recommended that the J&J vaccine be used for people over the age of 60.

In Germany, it was not immediately clear whether regulators would limit the use of J&J’s vaccine to a certain age group, as it had done with the vaccine by AstraZeneca, which its vaccine committee recommends for ages 60 and over. The committee, known as STIKO, is due to meet on Thursday. 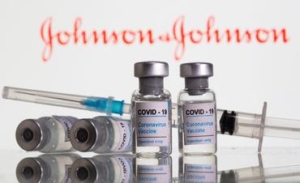 Denmark’s health authority expects to announce its decision next week on how to proceed, pending further investigations into the vaccine’s possible link to rare blood clots.

Use of the J&J vaccine was temporarily halted by U.S. regulators last week after rare brain blood clots combined with a low blood platelet count were reported in six women, prompting the company to delay its rollout in Europe. Nearly 8 million people in the United States have received the J&J vaccine.

J&J has said it is working closely with regulators and noted that no clear causal relationship had been established between the clotting cases and its shot.