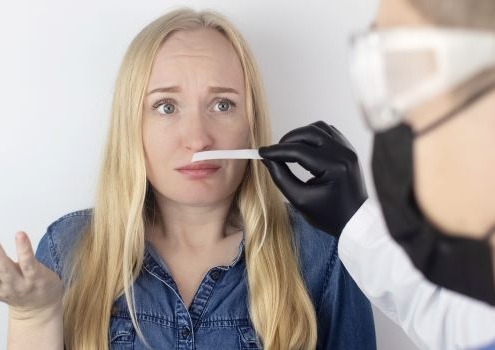 Anosmia is a recognized symptom of COVID-19, with anywhere between 30% to 80% of sufferers reporting loss of smell. In an earlier BioSpace article, I described my personal experience with anosmia after being hit by the first wave of COVID-19 in New York City, well before vaccines became available.

I gradually recovered from anosmia in the first few months, slowly regaining my sense of smell and a sense of hope that the nasty disorder would soon be behind me. To my chagrin, a more enduring disorder was lurking just around the corner, soon to change my life for years to come.

Typically occurring after sufferers regain their total smell loss from anosmia, parosmia is an olfactory disorder that causes smell distortions. My very first noticeable symptom occurred during a routine chore: simply brushing my teeth. I concluded that my toothbrush must be responsible for the rancid smell that overcame me. I grabbed a brand new one, but it still tasted like I had exchanged my regular toothpaste for sour olive oil.

Other dramatic shifts in formerly pleasant smells followed. Freshly roasted coffee suddenly smelled like sewage, and my favorite breezy floral perfume might as well have been putrid patchouli. Pre-parosmia, strawberries were an easy favorite fruit. When my symptoms began, anything with even a remote flavor of berries overwhelmed my senses with moldy rot.

Researchers from the Monell Center published a study in Chemical Senses in October 2021 that addressed the prevalence and correlations of parosmia as well as phantosmia, another olfactory disorder that causes phantom smells when no odor source is nearby.

The study examined data collected by AbScent, a U.K.-based charity that funds research and shares strategies to treat smell disorders. Participants who suffered from smell loss filled out an online questionnaire related to experiences of odor distortion.

The researchers made distinctions between each olfactory disorder to analyze individual effects, ultimately revealing distinct patternography. In a broad sense, people experiencing phantosmia, anosmia or parosmia seemed to experience similarly negative impacts on quality of life. “But if you take a metric we created called the severity metric, where we added how frequently and how often these symptoms happen, we saw separation between those with parosmia and anosmia. Parosmia was shown to be way worse than simple smell loss,” explained lead author Dr. Robert Pellegrino, Ph.D. in an interview with BioSpace.

No one knows for sure how parosmia happens, he said. “People who experience anosmia through COVID have their sense of smell knocked out for a temporary amount of time, but the sensory neurons are still intact. These patients tend to recover in a period of approximately three months as the neurons have had a chance to regenerate.”

As was my experience, parosmia for most patients shows up right around this three-month mark. Pellegrino shared a leading theory as to why the disorder occurs. “As sensory neurons are regenerated, they travel up into the brain and connect to an area called the olfactory bulb. This area maps what odors are like and identifies them.” The researchers believe parosmia may be happening due to the glomeruli, sub-units in the olfactory bulb, rewiring incorrectly, resulting in smells being mismatched.

The study visually demonstrated some of the most common triggers of distorted episodes in a word cloud graphic. A few of the most frequently reported smells included coffee, onion, meat, perfume, toothpaste, chocolate, shampoo and smoke. “We really saw a lot of similar smells being distorted. Coffee seems to be the number one thing, followed by sulfury products like onions and garlic. Detergents and bathing products with synthetic chemicals were also reported commonly,” Pellegrino said.

In my first several months with parosmia, even a tiny hint of onion or garlic would make an entire dish inedible. As an avid coffee drinker, though, my new distaste for morning brew was a noticeable low point. With so many issues surrounding the food and drinks I once loved, it didn’t surprise me to read that the highest emotion reported by parosmic individuals in the study was disgust.

When I compare my personal experiences with anosmia, phantosmia and parosmia, the smell distortion disorder wins the symptom olympics by a landslide. “Parosmia continually reminds you that you have an impairment, which is one of the reasons people get really depressed. Things aren’t flavorless, they’re flavor cumbersome. We hear from patients that you can eat something bland, but you can’t eat something terrible,” Pellegrino said.

Dr. Clair Vandersteen, M.D., who treats patients with olfactory disorders at the Centre Hospitalier Universitaire in Nice, France, shared with BioSpace more negative impacts of parosmia beyond olfactory changes. “Parosmias exacerbate the consequences of olfactory disorders, and they are often more disgusting than pleasant.” He noted that meals can be difficult to eat when food tastes bad, which can lead to disordered eating. Parosmia can also lead to depression and anxiety, with patients reporting that “their own smells or those of their children can be modified in an unpleasant way.”

On the flip side, one odor reported to be more pleasant for parosmia sufferers is feces. Pelligrino explained that “it could be that there’s something in feces where certain notes are coming out, but others are not. It could also be that it’s such a bad smell that it can only move upwards. There’s more room for a shift towards pleasantness.”

Dr. Jane K. Parker, Ph.D., a co-author of Monell’s study, lead-authored another preprint study in the peer review stage that looked at the molecular mechanism of parosmia. Using GC-Olfactometry (GC-O), the researchers separated the complex scent profile of coffee into individual compounds which were then sniff-tested by both parosmic and non-parosmic participants.

Individuals without parosmia described 2-furanmethanethiol, the most frequently noted molecular trigger in the coffee headspace, as “coffee,” “roasty,” “popcorn” and “smoky.” Individuals with parosmia described the scent as “new coffee,” meaning what coffee has now been distorted to smell like, noting that it was “disgusting,” “repulsive” or “dirty.” The researchers were able to identify the particular molecular stimuli that cause such parosmic episodes.

Pelligrino noted that further olfactory research will address the yet unconfirmed mechanisms of parosmia. “We need more longitudinal studies on parosmia. We need to figure out exactly what’s going on. This is hard to do in humans, so we will have to study it in mice. Some research supports our miswiring theory, but other preprint articles suggest that receptors are changing in the neurons, which is a very different hypothesis. There’s a lot of work to be done in this area.”

There’s also much research to be done to discover effective treatments for parosmia. A recent study published by The Laryngoscope found that smell training caused statistically significant improvements in COVID-19-induced parosmia over time. The researchers compared a group of parosmic individuals who performed olfactory training with a control group of parosmic individuals who did not.

Vandersteen said that before COVID-19, his clinic treated parosmia similarly to other olfactory disorders, utilizing treatments such as smell training that followed international recommendations. For parosmia treatment now, the clinic uses “semantic olfactory training in these patients, which requires a speech therapy investment.” 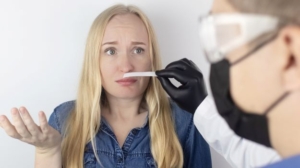 Dr. Auriane Gros, a neuroscientist and colleague of Vandersteen, uses Hebbian techniques in an attempt to rewire mismatched neural pathways. “These methods work according to associative learning, also known as ‘correlation,’ and consist of stimulating the links between different elements linked to odors so that one representation of an odor activates the other representations. In this way, synaptic connections are strengthened so that the activity of one neuron or system automatically triggers the activation of the other,” she explained.

Now, approximately a year after my own symptoms began, the distortions have become much more manageable. The sulphuric musk of onions, garlic and peppers has quieted, though I no longer enjoy the flavors in excess. Berries are much more ambrosial, but no longer top my favorites list. That floral perfume that I used to love is no longer offensive, but I simply don’t enjoy it anymore. The highlight of my healing process happened very recently when I noticed that my partner finally smelled like himself again.

Above all, time seems to be an unavoidable necessity in parosmia’s healing process. Vandersteen noted that smell disorders sometimes improve or even disappear over time. When they don’t, he recommends consulting an ear, nose and throat (ENT) specialist for evaluation and treatment options.