With impeachment behind us and the elections looming, both parties are focused on healthcare, the policy topic of greatest concern to voters. More specifically, they are focused on lowering the cost of prescription drugs. 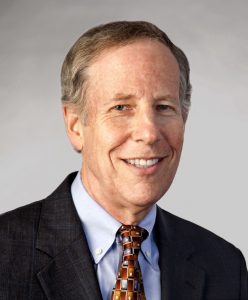 Despite the attention given to “Medicare for All”, Morning Consult surveys in Iowa, New Hampshire, and South Carolina show roughly two-thirds of voters who are concerned about “healthcare” say the most important problem is high drug prices. In September, a Kaiser Family Foundation poll showed that 70 percent of respondents wanted Congress to make lowering drug prices a top priority. In November, another Kaiser poll found 70 percent saying President Trump is not doing enough to lower drug prices.

President Trump sees the lack of progress under his watch as a campaign vulnerability, and in his State of the Union address praised a drug pricing plan supported by Sen. Chuck Grassley (R-Iowa) and Sen. Ron Wyden (D-Ore.). All of his most likely Democratic challengers rail against high drug prices and tout programs to lower them. House Democrats passed their own plan, HR 3, in December.

Ideas on the table

Among the more prominent of the many approaches that have been offered:

International pricing: Drug prices are lower in other countries, and President Trump charges the American public is being taken advantage of. Over a year ago, he proposed to peg Medicare reimbursement for many physician-administered drugs to the price of the drug in a group of European countries; supporters claim this would save Medicare $17 billion over 5 years, yet the plan has not moved forward. House Democrats, in HR 3, passed a similar plan to link prices paid by Medicare to those in six countries. The biopharma industry counters that other countries do not cover many new drugs and says an international pricing index would reduce Americans’ access to innovative medicines.

Importing drugs: Seeing the disparity between prices in the U.S. and elsewhere, several states have applied for permission to import drugs, and the Trump administration is encouraging them. Notably, four former FDA Commissioners wrote a letter in 2017 opposing drug importation because the safety of these drugs cannot be adequately protected through the supply chain. Warnings of drug shortages in Canada, incidents of contamination of valsartan produced with imported ingredients, and now concerns over the implications of the coronavirus outbreak on reliable access to ingredients from China all argue against importation.

Negotiating prices: Going back to his 2016 campaign, President Trump has advocated allowing Medicare to negotiate the prices it pays for drugs. HR 3 includes strong provisions for Medicare to negotiate prices and extends the lower price to other insurers. There is strong Republican opposition on the grounds that the government should not be involved in setting prices.

Limiting price increases: House Democrats and many Senate Republicans favor measures to limit drug price increases to the inflation rate. Further, the House plan would claw back above-inflation price increases made since 2016. The two plans, and also proposals from some Presidential candidates, differ also in the strength of penalties if biopharma does not negotiate “in good faith”, with some limiting or canceling patents.

List prices in TV ads: The Trump administration’s effort to require inclusion of list prices in television advertisements stalled in the courts on jurisdictional grounds, with an appeal pending. The proposal represents an attempt at “compelled speech” that violates the First Amendment; it also singles out a metric that has very little bearing on what patients actually pay, would do nothing to lower prices, and could deter patients from having important conversations with their clinicians.

The one point of clarity

With both parties seeking a victory to claim in their 2020 campaigns, it is still possible Congress could take some action this spring, though it would only be around the margins of the issue.

What is highly probable, however, is that there will be definitive and strong action on lowering drug prices in 2021, no matter which party wins the White House, Senate, or House. This issue is simply too important to voters.

It is also too important to the federal budget and the economy. The U.S. devotes far more resources to healthcare than do other developed countries, yet our health outcomes are generally not better. We need a careful examination of all of the major cost drivers – hospitals, PBMs, duplicated tests, unnecessary procedures, and so on; prescription drugs represent only a tenth of the total healthcare spend. Nevertheless, some restraint on drug prices almost inevitably needs to be part of the solution, especially as we look ahead to more and more specific – and expensive – therapies to come.

Defending high drug prices is not part of the Coalition’s mission; we recognize the interest of society and individual patients in affordable health care and in a simpler, more logical, and more transparent approach to the pricing of all components of health care. We also believe in the free flow of accurate and credible health information; we generally favor more, not less, information about therapeutic options.

If all players in our healthcare ecosystem simply point a finger at the others whenever cost is mentioned, it heightens the risk that ill-considered plans will be enacted. Rather than taking an attitude of “just say no” to every idea outlined, perhaps each component of the healthcare ecosystem needs to proactively look for acceptable alternatives.

To focus on the one element of most drug price proposals that directly touches pharma marketing and communications, there are strong legal and practical reasons to oppose regulations or legislation that would require list prices in DTC advertisements. But last spring, before a legal challenge stopped the rule from taking effect, pharma advertisers were looking at better alternatives to provide transparency on drug costs, incorporating data on what typical patients pay in ads or on dedicated websites. Voluntarily revisiting those ideas would offer patients and clinicians useful information, make it clear why list prices are the wrong metric, and put the industry in a better position politically for fights to come.