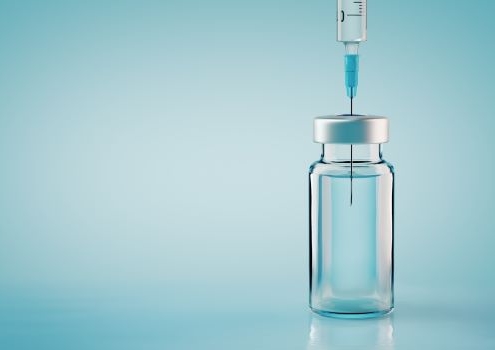 An open question is whether booster shots against COVID-19 will be necessary. The predominant vaccines in the Western world are Moderna, Pfizer–BioNTech, AstraZeneca-Oxford, and Johnson & Johnson. All but the J&J vaccines require two shots, 21 to 28 days apart. The J&J vaccine requires only a single dose.

The director of the U.S. Food and Drug Administration (FDA)’s Center for Biologics Evaluation and Research, Peter Marks, noted that it is possible booster shots would be necessary for fully vaccinated individuals within a year even though the Pfizer-BioNTech and Moderna vaccines are highly effective at COVID-19 prevention. Also, they seem to protect against the variants identified so far in the U.S.

“So, hopefully, you know, it would be nice if it’ll turn out that it’ll be a year before anyone might need a booster,” Marks said. “But we still don’t know. It could be more, it could be a little less but … this is just something we’re going to have to figure out as we go.” 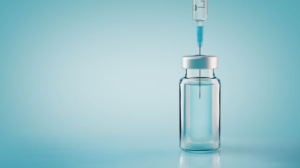 The Moderna and Pfizer-BioNTech vaccines have very high efficacy in clinical trials, around 95%. That is not true of all vaccines in use around the world. For example, China’s Sinovac Biotech reported efficacy in a late-stage trial in Brazil of only 50.38%.

However, it’s important to note that the FDA initially set the bar for vaccine authorization at 50%. The extremely high efficacy of the Pfizer and Pfizer-BioNTech mRNA vaccines has been an unexpected benefit.

The United Arab Emirates reported yesterday that it is offering a third booster shot for people who received the Chinese-developed Sinopharma COVID-19 vaccine. Expressly, the country indicated that the vaccine did not create enough antibodies in some people. But in March, a researcher at G42, an Abu Dhabi-based company that conducted late-stage trials of the Sinopharm vaccine, indicated few people would likely need the booster.

The UAE Emergency Crisis and Disaster Management Authority said the booster shots were part of the UAE’s “proactive strategy to provide maximum protection for society.” The booster will be offered to seniors and people with chronic illness.

The country has been very effective in getting its citizens vaccinated, with more than 73% of adults in the country having been vaccinated.

The Sinopharm vaccine in clinical trials has demonstrated an efficacy level of 79% against symptomatic infection. However, there has been mixed data on the vaccine, particularly about much lower rates under real-world conditions.

For example, Seychelles, the most vaccinated country globally, has recently seen a surge of new COVID-19 cases in people who are vaccinated. And about 60% of those vaccinated received the Sinopharm vaccine.

Bahrain has also begun offering third booster shots of the Sinopharm vaccine. The country’s National Medical Taskforce for Combatting the Coronavirus announced “the opening of registration for a booster COVID-19 vaccine dose for the most vulnerable groups in Bahrain, at least six months after taking the second dose of the Sinopharm vaccine, for first responders, as well as citizens and residents above the age of 50, as well as those suffering from obesity, low immunity, or other underlying health conditions.”

In related news, there have been reports that the AstraZeneca-Oxford vaccine is effective as a third booster, regardless of the original vaccines. There are also suggestions that the Sanofi and GSK vaccine, which is still in mid and late-stage trials, might have “strong potential for development as a booster vaccine.”

Broadly, however, it’s not yet known whether a third booster shot will be necessary. Janet Woodcock, acting FDA Commissioner, recently said that U.S. regulators and researchers don’t know how long immunity lasts or how far it should drop in vaccinated people to make them vulnerable to re-infection.

“As far as variants go,” she said, “we’re just going to have to determine that currently the immune response to these vaccines is being tested against all the variants to see how strong it is against each of the variants. And we just hope a variant doesn’t arise that can elude our vaccines.”

Ugur Sahin, chief executive officer of BioNTech, recently told CNBC that scientists are observing a drop in antibody responses against the virus after eight months.

“If we provide a boost we could really amplify the antibody response even above the levels that we had at the beginning and that could give us real comfort for protection for at least 12 months, maybe 18 months,” Sahin said. “And this is really important in a time where all the variants are coming in.”

The CDC recently indicated that it is preparing for the possible use of booster shots “just in case.”

That said, investigators at the World Health Organization (WHO) and Tom Frieden, former director of the U.S. Centers for Disease Control and Prevention (CDC), are more skeptical about the demand for booster shots, with some concern that the pharmaceutical companies’ emphasis on their need might be a bit biased in their own self-interest.

“It’s not going to be a decision that’s going to be made by a pharmaceutical company,” said Anthony Fauci at NBC’s “Meet the Press” in April. Fauci is the director of the U.S. National Institute of Allergy and Infectious Disease (NIAID) and chief medical advisor to President Biden. He also pointed out that it wouldn’t be clear if booster shots would be needed until at least late summer.