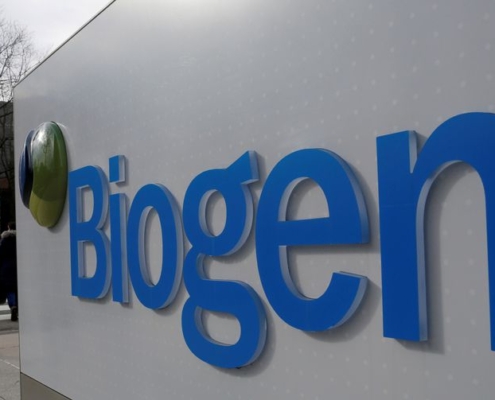 Explainer: What does FDA approval of Biogen’s Alzheimer’s drug mean for patients?

The U.S. Food and Drug Administration has approved Biogen’s aducanumab, the first drug to target an underlying cause of Alzheimer’s disease. The drug, to be sold under the brand Aduhelm, is the first new approval of an Alzheimer’s drug since 2003 and the only treatment designed to slow progression of the mind-robbing disease. read more

The following are details about the highly anticipated medicine.

WHO IS IT FOR?

The FDA approved Aduhelm for the treatment of Alzheimer’s disease. The decision did not define the patient population for whom the treatment is appropriate.

Cigna Corp (CI.N), a top U.S. health insurer, said it is likely that payers, including the federal government’s Medicare program for seniors, will cover use of the drug only in the patient population in which it was tested, rather than the broader population of people with more advanced disease.

Biogen has estimated that around 1.5 million Americans are eligible for treatment with Aduhelm.

Alzheimer’s is estimated to account for at least 60% of dementia, which involves declines in memory, reasoning or thinking skills and basic ability to function, according to the Alzheimer’s Association.

Patients who are prescribed Aduhelm will likely need both cognitive testing and confirmation that their dementia is due to Alzheimer’s, through either a lumbar puncture to examine spinal fluid or through a special brain scan to confirm the presence of amyloid in the brain. 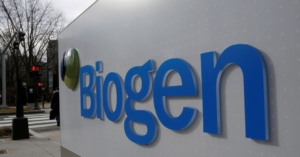 WHAT DOES IT DO?

Aduhelm is designed to target amyloid beta, a protein that forms sticky deposits or plaques in the brains of patients with Alzheimer’s disease. Amyloid is thought to begin forming years before any signs of memory loss appear, making treatment as early as possible most likely to provide benefit.

The drug is designed to slow the progression of Alzheimer’s disease, allowing patients to remain as self-sufficient as possible for as long as possible. It is not a cure.

HOW IS THE DRUG ADMINISTERED

Aduhelm is given as a monthly intravenous infusion.

Most patients will likely need to receive the treatment at specialty infusion centers. Biogen said in April that it was working with 600 U.S. centers to prepare for the pending launch of the drug. The drug is expected to be prescribed by Alzheimer’s specialists.

ARE THERE SIDE EFFECTS?

Yes. In clinical trials, some patients given the highest dose of the drug experienced brain swelling, and had to be monitoried. The risk was highest in patients with a genetic predisposition to Alzheimer’s. Headache is also a reported side effect of the drug. The FDA said future patients who experience the brain swelling should be monitored but not necessarily be taken off the medicine.

HOW MUCH DOES IT COST?

The company said the average wholesale cost would be about $56,000 per year.

For Medicare beneficiaries – who will make up the vast majority of people eligible to take the drug – there is coinsurance for all infused therapies that are billed through Medicare’s hospital benefit. For commercially insured patients, the out-of-pocket costs vary from plan to plan.

Patients may also have to pay part of the cost of diagnostic testing and tests for monitoring side effects.