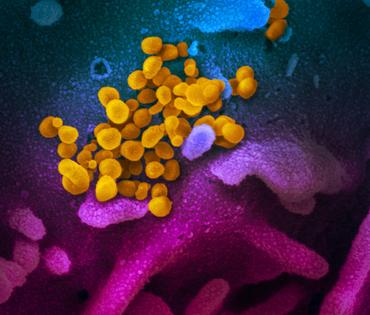 SHANGHAI (Reuters) – Scientists are turning a spotlight on China’s version of the origins of the coronavirus pandemic as they scrutinize everything from the virus’s genetic code to proxy data, such as cremations and internet searches for disease symptoms.

China has dismissed as “ridiculous” a Harvard Medical School study that suggested the disease could have been spreading throughout the country as early as last August, taking pains to deny claims that it tried to cover up the initial outbreak.

Many scientists say the study’s design was unhelpful, but they still question Beijing’s official account of when the disease first emerged.

Published in April, Beijing’s timeline shows that cases of “a new type of pneumonia” were first detected in the central city of Wuhan late in December and that a new strain of coronavirus was identified on Jan. 7.

WHAT ARE SCIENTISTS SAYING ABOUT THE ORIGINS OF COVID-19?

The Harvard Medical School study, published on June 9, used satellite imagery of Wuhan parking lots to show a spike in hospital visits beginning as early as August 2019, four months before the outbreak officially began. It also identified a surge in search-engine queries for “cough” and “diarrhea” in August.

Its authors said they were still investigating the viability of the data and conceded there could be alternative explanations for the increases.

However, several other studies have used genetic analysis of SARS-CoV-2 to show the virus could have emerged far earlier and caused more deaths than Beijing has said, and might have been circulating for months before authorities took action on Jan. 23.

Some also question the consensus that the virus crossed the species barrier in Wuhan, possibly via bats or other animals on sale at the Huanan seafood market, where the pandemic is believed to have started.

With little surviving evidence from the market, which was shut down and cleaned up early in the outbreak, other studies say the virus might not have originated in Wuhan at all.

A paper released in May by the Broad Institute, a U.S. research unit with ties to Harvard, said the new virus was already “pre-adapted to human transmission” when first identified by Chinese health officials in Wuhan in December, suggesting it had already been circulating in people.

The researchers said genetic samples of the virus taken from a Chinese patient in December appeared to have already evolved in a human environment, and resembled those collected during the latter stages of the SARS outbreak in 2002 and 2003.

Further, samples from the seafood market were identical to those found in patients, suggesting they originated in human, rather than animal, sources.

DID THE NEW CORONAVIRUS ORIGINATE IN A WUHAN LAB?

Rather than emerging fully formed in Wuhan, the coronavirus could have been spreading elsewhere before experiencing a “bottleneck event” in the city, the Broad Institute paper showed.

Some studies have suggested that insertions in the spike protein on the virus surface, which allows it to bind to a receptor on a human cell, made it uniquely suited to human transmission.

That prompted accusations that the virus might have engineered in a laboratory and accidentally released – suggestions that have been firmly denied by the Wuhan Institute of Virology, the lab at the center of the allegations. 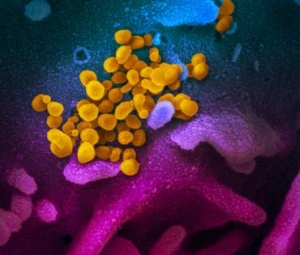 An undated scanning electron microscope image shows SARS-CoV-2 (yellow), also known as novel coronavirus, the virus that causes COVID-19, isolated from a patient in the U.S., emerging from the surface of cells (blue/pink) cultured in the lab. NIAID-RML/Handout via REUTERS. THIS IMAGE HAS BEEN SUPPLIED BY A THIRD PARTY. MANDATORY CREDIT

The majority of virologists and infectious disease experts say the new virus is most likely to have evolved naturally.

COULD THE NEW CORONAVIRUS HAVE ORIGINATED OUTSIDE WUHAN?

One of the Wuhan lab’s senior scientists, Yuan Zhiming, told Reuters in April that there were still questions to be asked about the origins of the pandemic.

He pointed to studies showing that the SARS-CoV-2 variant circulating in the United States was a more “primitive” version of the one in China, showing it might have first emerged there.

Other countries are also reappraising pneumonia deaths before last December to check if COVID-19 was the cause.

A study published last month suggested a man in France was infected as early as Dec. 27, a month before the country’s first confirmed cases were reported.

Italian researchers are also weighing the possibility that a higher than usual number of cases of severe pneumonia and influenza in Lombardy in the last quarter of 2019 shows the virus arrived earlier than previously thought.