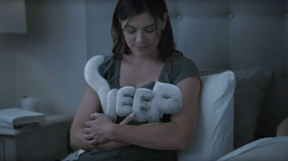 Agency leaders talk about their favorite DTC campaigns of the past year – that were not their own, of course.

At the heart of everything we do is the desire to drive behavior change. To that end, both the Belsomra “Sleep and Wake” campaign from Merck and the Pradaxa “Fish” campaign from Boehringer Ingelheim do an excellent job of employing behavioral science principles.

Belsomra gives the patient a couple of telegenic pets, “Sleep” and “Wake,” only to have her lose control of “Sleep” in her moment of need. Besides featuring a pair of adorable word animals, which creates an emotional pull in even the most cynical of us, it activates a cognitive bias (whether it was intended or not) known as loss aversion. We disproportionately try to avoid loss in any form, especially the loss of something we are attached to emotionally. In this case, showing the loss of sleep in the form of a beloved pet triggers interest in making the desired decision to learn more about the product in the minds of the target audience. Furthermore, Belsomra craftily uses this pet metaphor, with a sleepy cat and a lively dog, as a framework to help communicate the unique two-pathway MOA story.

Pradaxa on the other hand, understanding that patients fear of the unknown is likely driving their inaction, uses the visually compelling metaphor of fish swimming through a transparent vascular system. This does a beautiful job of communicating the MOA in a non-threatening way.

I thought the Opdivo campaign from BMS was an extremely unique and innovative approach to speaking about lung cancer, and cancer in general. Critics were quick to attack the messaging, going so far as to say the ads were irresponsible when the cost of therapy is taken into account, but I thought it did a very nice job of highlighting options beyond traditional chemotherapy and offering hope for those patients that want more time and a better quality of life.

We can’t stop watching the Belsomra ad. It puts serious science in a simple, engaging emotional wrapper, and is impeccably executed. There’s been some really out there work in this category over the years, but this spot manages to be both clever and clear as a bell. Nicely done.

We give kudos to Harvoni for not letting execution get in the way. Their product message is so clear and compelling that frankly, their campaign doesn’t have to work very hard to motivate patients. So they use their TV real estate to normalize and de-stigmatize hepatitis C, raising awareness that everyone with the disease is worthy of cure.

And we love the sheer ballsiness of Opdivo putting immune-oncology on the big screen. They do a beautiful job of explaining a complex mechanism of action, and linking it directly to a boldly stated benefit. Their “thank you” to clinical participants is a brilliant touch, balancing the grandiosity of the visuals and reminding us all of what’s at stake.

We quite like the recent Belsomra TV work. It’s a simple enough idea, executed well. We particularly have praise for the production values and level of artistic taste that went into the creative decisions that were made. It’s nice work to hold up as a high bar for healthcare DTC.

For breaking from healthcare conventions and injecting some fun and humor, kudos to the Viberzi campaign. No doubt it’s polarizing. However, treating issues, even serious issues like IBS-D, with a sense of humor can go a long way to de-stigmatizing, de-mystifying them and making people comfortable enough to talk about them and seek the help they need.

For giving people permission, for the first time, to take part in or even lead the conversation about cancer treatment, Opdivo made great strides.