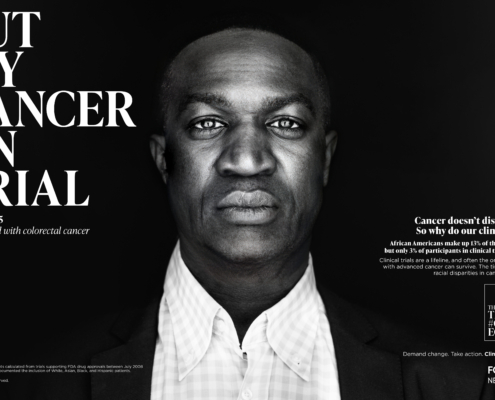 February 4, 2021 – Why do clinical oncology trials discriminate against people of color when cancer kills indiscriminately? In honor of World Cancer Day, FCB Health Network is proud to announce “The Trial for #ClinicalEquality,” an initiative dedicated to achieving racial equity in clinical trials. Clinical equality is a fundamental first step to dismantling systemic racism, as there is no more inalienable right than the right to have an equal chance in the battle for life. 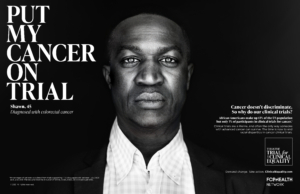 African Americans have the highest death rate and shortest survival rate of any racial and ethnic group, according to the National Cancer Society, yet African Americans are woefully underrepresented in clinical trials. African Americans comprise 13 percent of the U.S. population, yet only three percent participate in oncology trials. Likewise, Hispanics comprise 19 percent of the U.S. population, yet only six percent participate in clinical trials. 1,2  These trials are essential to discovering new ways to detect, diagnose and treat diseases, as well as reducing the incidence of disease.

“Suboptimal representation of Black and Hispanic patients in oncology trials has been a long-standing problem,” said FCB Health Network chief medical officer Dr. Sommer Bazuro, PhD. “We are hoping to leverage the attention on social justice that was reignited in 2020 to raise awareness about the issues that contribute to disparities. These include lack of access to trials, restrictive trial inclusion criteria and recruitment policies, implicit bias and patient mistrust of the healthcare system.”

“The Trial for #ClinicalEquality” will be featured on a variety of print and digital platforms. These  include multiple American Cancer Society publications, JAMA Oncology, The Oncologist, BulletinHealthcare, AdPrime Health, DeepIntent, PulsePoint, MedPage Today, MD Newsline, HemOnc Today, Elsevier and eHealthcare Solutions. With language like “Put my cancer on trial” and “Let the data tell the whole truth,” the campaign creative plays with the definition of the word “trial,” while also using powerful monochromatic imagery of cancer patients.

“For us, this issue is black-and-white. We wanted the creative to reflect that,” said FCB Health New York chief creative officer Kathleen Nanda. “The starkness of the palette, the provocative copy and the intensity of the facial expressions give the work an emotional punch, bringing to life the depth and gravity of this very human issue.” 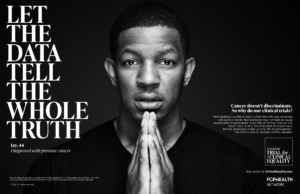 “FCB Health Network is committed to equitable care for all, and through our work with our clients, we’re committed to developing behavior-changing messaging to that effect,” said FCB Health Network CEO & president Dana Maiman. “Our agencies united to unleash the power of their creativity to inspire change, and now we are calling on institutions and advocacy groups to stand with us. This is just the beginning.”