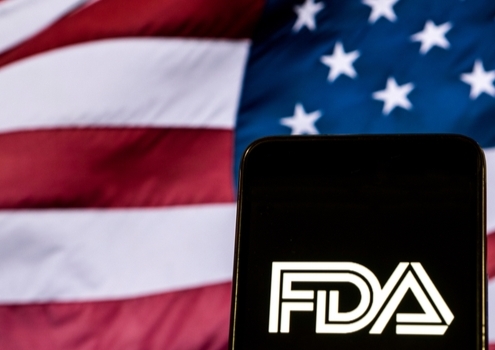 Although January was a fairly slow month for PDUFA dates for the U.S. Food and Drug Administration (FDA), February has a stronger schedule. Of course, given today’s stories, it appears the agency was using their open January schedule to get a head start on February’s approvals.

Cambridge, Massachusetts-based Alnylam Pharmaceuticals had a target action date of February 4 for its New Drug Application (NDA) for givosiran for acute hepatic porphyria (AHP). The FDA approved the drug on November 20, 2019 under the trade name Givlaari. Givosiran is an investigational RNA therapy that targets aminolevulinic acid synthase 1 (ALAS1). The NDA was granted Priority Review.

“We believe the approval of Givlaari represents a landmark event for the advancement of precision genetic medicines, providing new hope for patients and their caregivers living with the debilitating manifestations of AHP and unpredictable nature of AHP attacks, as well as for the doctors who diagnose and treat these patients,” said John Maraganore, Alnylam’s chief executive officer. “We are grateful to the investigators, patients and families who have helped make this new treatment option a reality for the AHP community.”

AHP is a family of rare, genetic diseases marked by life-threatening attacks for for some patients, chronic debilitating symptoms. There are four subtypes, each caused by a genetic defect that causes enzyme deficiencies in the heme biosynthesis pathway in the liver. They are acute intermittent porphyria (AIP), hereditary coproporphyria (HCP), variegate porphyria (VP) and ALAD-deficiency porphyria (ADP). The accumulation of neurotoxic heme intermediates aminolevulinic acid (ALA) and porphobilinogen (PBG) is believed to be responsible for the attacks and ongoing symptoms. The symptoms include severe, diffuse abdominal pain, weakness, nausea, and fatigue.

RNAi is a natural cellular process of gene silencing.

On January 31, 2020, the European Medicines Agency (EMA)’s Committee for Medicinal Products for Human Use (CHMP) adopted a positive opinion recommending approval for Givlaari for AHP.

Blueprint Medicines, also headquartered in Cambridge, Massachusetts, had a target action date of February 14 for its NDA for avapritinib for adults with PDGFRA Exon 18 mutant gastrointestinal stromal tumors (GIST), regardless of previous therapy, and fourth-line GIST. It was also under Priority Review. It was also granted Breakthrough Therapy Designation for patients with unresectable or metastatic GIST harboring the PDGFRalpha D842V mutation. On January 9, 2020, the FDA approved the drug under the trade name Ayvakit.

Avapritinib is a highly selective KIT and PDGFRA inhibitor. It is initially being developed for advanced GIST, advanced systemic mastocytosis (SM), and indolent and smoldering SM.

GIST is a sarcoma, a tumor of bone or connective tissue, of the GI tract. These types of tumors originate in cells in the wall of the GI tract and occur most often in the stomach or small intestine. Typically, patients are diagnosed between the ages of 50 and 80, usually triggered by GI bleeding.

The drug was approved on the basis of data from the Phase I NAVIGATOR clinical trial.

“Today’s approval of Ayvakit brings forward a new standard of care for patients with PDGFRA exon 18 mutant GIST, a genomically defined population that previously had very limited treatment options,” said Michael Heinrich, professor of Medicine at Oregon Health & Science University and an investigator on the NAVIGATOR trial. “For the first time, we can offer these patients a highly effective treatment that targets the underlying genetic cause of their disease.”

He went on to say, “Building on our growing understanding of the molecular basis of GIST, this milestone ushers in a new era of precision medicine in this disease. The FDA approval represents a call to action to conduct mutational testing in all patients with GIST before initiating kinase inhibitor therapy, as recommended by clinical guidelines, so appropriate patients may realize the benefits of this promising new medicine.”