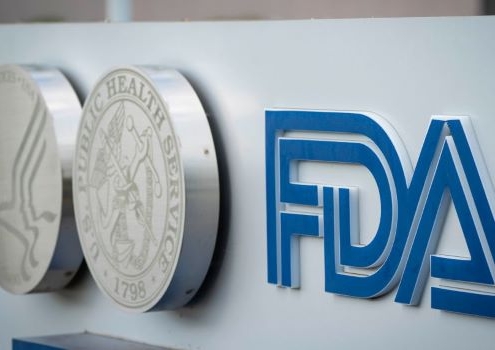 After a start-of-the-year lull, activities at the U.S. Food and Drug Administration (FDA) are starting to pick up. Here’s a look.

Merck has a target action date of January 20, 2021 for its New Drug Application (NDA) for vericiguat, an orally administered soluble guanylate cyclase (sGC) stimulator, to decrease the risk of cardiovascular death and heart failure hospitalization after a worsening heart failure event in patients with symptomatic chronic heart failure with reduced ejection fraction (HFrEF), in combination with other heart failure therapies.

HFrEF was formerly known as systolic heart failure. It is marked by the heart’s compromised ability to eject blood sufficiently during its contraction phase.

The NDA was built on data from the Phase III VICTORIA trial. The primary endpoint of the study was composite of time to first occurrence of heart failure hospitalization or cardiovascular death. The study enrolled 5,050 patients who received either vericiguat or placebo in combination with available heart failure therapies. It was co-sponsored by Merck and Bayer, conducted with the scientific oversight of the Canadian VIGOUR Centre and the Duke Clinical Research Institute.

Aurinia Pharmaceuticals, based in Victoria, British Columbia and Rockville, Maryland, has a target action date of January 22 for its voclosporin. The drug is being developed for several indications, but the NDA is for lupus nephritis (LN), a serious inflammation of the kidneys the result of systemic lupus erythematosus (SLE).

“People living with LN are in need of an advanced therapy that quickly drives the disease into remission and mediates kidney damage,” said Peter Greenleaf, president and chief executive officer of Aurinia, in July 2020 when the FDA accepted the NDA to review. “We will continue to collaborate with the FDA during their review process and in parallel build our commercial readiness for a potential approval and commercial launch in the first quarter of 2021.”

The FDA granted the NDA Priority Review, which expedited the review from the typical 10 months to six months. The NDA was supported by results from two pivotal trials, Phase III AURORA and Phase II AURA-LV. 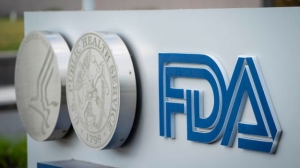 Voclosporin is a novel and potentially best-in-class calcineurin inhibitor (CNI). It acts as an immunosuppressant, with a synergistic and dual mechanisim of action. By inhibiting calcineurin, the drug blocks IL-2 expression and T-cell mediated immune responses. As a result, it stabilizes the podocyte in the kidney.

On December 17, 2020, Aurinia inked a collaboration and license deal with Japan’s Otsuka Pharmaceutical Co. to develop and commercialize oral voclosporin for LN in the European Union, Japan, as well as the UK, Russia, Switzerland, Norway, Belarus, Iceland, Liechtenstein and Ukraine.

Only two days earlier, on December 15, Aurinia expanded an exclusive manufacturing relationship with Switzerland’s Lonza to build a dedicated manufacturing capacity within Lonza’s existing small molecule API facility in Visp, Switzerland. The factory will be set up to manufacture voclosporin, while expanding existing capacity and providing supply security for future commercial demand.

Amgen has a target action date of January 28 for its Nplate for Hematopoietic Syndrome of Acute Radiation Syndrome (H-ARS). The supporting research was run in collaboration with the National Institute of Allergy and Infectious Diseases (NIAID) and the Biomedical Advanced Research and Development Authority (BARDA).

Myelosuppression happens when radiation damages internal organs, including bone marrow. The bone marrow suppression inhibits the production of blood cells. Acute Radiation Syndrome is an acute illness caused by irradiation of the entire body or most of the body by a high dose of penetrating radiation in a short period of time, often only minutes. Patients receiving high doses of radiation can’t produce enough new white blood cells, red blood cells, and platelets, which is called myelosuppression.

The drug is approved to treat low blood platelet counts (thrombocytopenia) in adults with immune thromboctopenia (ITP) when certain drugs or surgery to remove the spleen have not worked well enough.