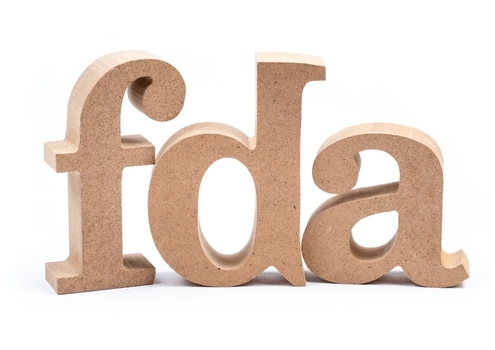 Despite the COVID-19 pandemic, the U.S. Food and Drug Administration (FDA) is still working on approving drugs as best it can, although it did recently announce the possibility of non-COVID-19 work being delayed. However, here’s a look at what’s on the schedule for the next two weeks.

Sanofi’s Isatuximab for Multiple Myeloma and MenQuadfi, A Meningitis Vaccine

Paris-based Sanofi has two separate target action dates in the next two weeks. The first target action date is for the Biologics License Application (BLA) for MenQuadfi Meningococcal Polysaccharide Tetanus Toxoid Conjugate Vaccine candidate to prevent meningococcal meningitis. The target action date is April 25, 2020. The BLA was based on positive data from Phase II and Phase III clinical trials held in the U.S. in people two years of age and older. If approved, it will be available in a fully liquid form. The trials were performed in the U.S., Europe, Asia and Latin America. The company is also running Phase III trial in those regions and Africa. The ongoing program includes different ages ranging from infants six weeks of age through older adults.

The second is for its BLA for isatuximab for patients with relapsed/refractory multiple myeloma (RRMM). The target action date was April 30, 2020. The agency approved the drug on March 2, 2020, which will be marketed as Sarclisa. It is approved for use in combination with pomalidomide and dexamethasone (pom-dex) in adults with r/r multiple myeloma who have had at least two previous therapies including lenalidomide and a proteasome inhibitor. Sarclisa is a monoclonal antibody that binds to the CD38 receptor on multiple myeloma cells.

Neurocrine Biosciences has a target action date of April 26 for its New Drug Application (NDA) for opicapone for Parkinson’s disease patients experience OFF episodes. The drug is a novel, once-daily, oral, selective catechol-O-methyltransferase (COMT) inhibitor. It is indicated as an adjunctive treatment to levodopa/carbidopa.

In Parkinson’s disease, the ON time is when the motor symptoms are better controlled, while the OFF time is when the effects of levodopa have worn off and the symptoms get worse. The NDA for opicapone is supported by data from 38 clinical trials, including two Phase III studies (BIPARK-1 and BIPARK-2) with more than 1,000 Parkinson’s patients treated.

Correvio Pharma and United Therapeutics have a target action date of April 27 for the NDA for Trevyent (treprostinil) for the treatment of pulmonary arterial hypertension (PAH). Correvio holds commercial rights to the drug for Europe and the Middle East.

PAH is a form of high blood pressure that happens in the right side of the heart and in the arteries that supply blood to the lungs. It worsens over time and is life-threatening. There is no cure, but there are several drugs for it, including United’s Remodulin (treprostinil) Injection.

Trevyent combines a preservative-free, parenteral formulation of treprostinil, a vasodilatory prostacyclin analogue, with United Therapeutics’ proprietary PatchPump. It is a pre-filled, pre-programmed, single use disposable infusion system for continuous subcutaneous infusion of the drug for PAH.

On March 16, 2020, ADVANZ Pharma announced a deal to acquire all shares of Correvio for a total price of about $76 million.

In United Therapeutics’ fourth-quarter and year-end financial report on February 26, the

company said that, “recent interactions with the FDA have included a mid-cycle information request from the FDA noting several deficiencies in the Trevyent NDA. We have provided written responses to the FDA addressing these deficiencies in hopes of preserving the current PDUFA date; however, based on recent discussions with the FDA, we believe the PDUFA date could be extended beyond April 2020, and/or the FDA may issue a complete response letter if the FDA is not satisfied with our responses to the agency’s comments.”