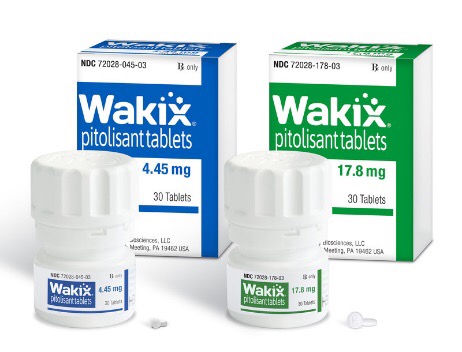 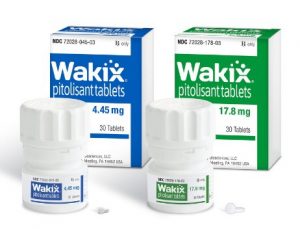 Privately-held Harmony Biosciences just snagged approval from the U.S. Food and Drug Administration for its first commercial product, a treatment for narcolepsy.

On Wednesday, the FDA approved Wakix (pitolisant) for the treatment of excessive daytime sleepiness (EDS) in adult patients with narcolepsy. Not only is Wakix the first commercial product for Harmony Biosciences, but it is also the first treatment for narcolepsy approved by the FDA that is not considered a controlled substance by the U.S. Drug Enforcement Agency. The FDA acted quickly in approving Wakix under Priority Review after accepting Harmony’s New Drug Application in February.

Harmony’s Chairman and Chief Executive Officer, John C. Jacobs said the company is excited and proud of the approval of Wakix and looks forward to the drug becoming available for the neurological disorder.

“At Harmony, we share a vision to develop novel treatment options for people living with rare diseases, with a focus on those that affect the central nervous system. The approval of Wakix strengthens our commitment to making that vision a reality,” Jacobs said in a statement.

Wakix, a first-in-class medication, is a selective histamine 3 (H₃) receptor antagonist/inverse agonist that works through a novel mechanism of action to increase the synthesis and release of histamine, a wake-promoting neurotransmitter in the brain. Patients take the oral treatment in the morning after they wake up, the company noted. In May 2018, Wakix secured both Breakthrough Therapy Designation and Fast Track Designation from the FDA. It had previously received Orphan Drug Designation.

Narcolepsy is a sleep disorder characterized by excessive sleepiness, sleep paralysis and hallucinations. The disorder can also cause partial or total loss of muscle control, a condition known as cataplexy. In most patients, narcolepsy is caused by the loss of hypocretin, a neuropeptide in the brain that supports sleep-wake state stability. Narcolepsy affects about 200,000 people in the U.S., Harmony said.

Wakix was approved following two late-stage clinical studies, HARMONY 1 and HARMONY 1bis. Patients in the study received Wakix or placebo over the course of eight weeks. The company noted that 75% of the 261 trial patients had a history of cataplexy. In both of the studies, Wakix demonstrated a statistically significant improvement in excessive daytime sleepiness as measured by the Epworth Sleepiness Scale score. The most common adverse events in the trials were insomnia, nausea and anxiety.

In October 2017, Plymouth Meeting, Penn.-based Harmony licensed the U.S. rights to Wakix from France-based Bioprojet. Under Bioprojet’s guidance, Wakix was approved for the treatment of narcolepsy in Europe in 2016. Harmony Biosciences said it anticipates Wakix being available to U.S. patients in the fourth quarter of 2019.