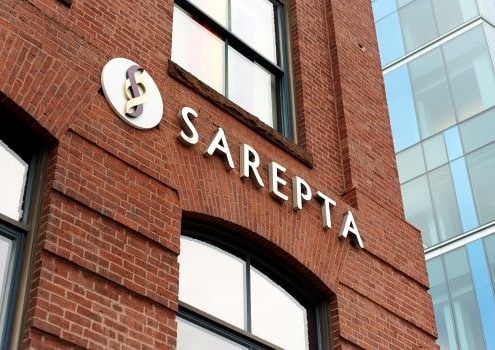 DMD is a muscle-wasting disease caused by mutations in the dystrophin gene. This results in a decreased or lack of the muscle protein dystrophin. It is a progressive disease that usually causes death in early adulthood, with serious complications that include heart or respiratory-related problems. It mostly affects boys, about 1 in every 3,500 or 5,000 male children.

“This is an important day for Sarepta and, far more importantly, for the patients that we serve,” said Doug Ingram, president and chief executive officer of Sarepta. “After years of scientific commitment, investment and development, the approval of Amondys 45, Sarepta’s third approved RNA therapy, offers treatment to the 8% of the DMD community who have a confirmed exon 45 amenable mutation. Along with our other approved RNA therapies, we can now offer treatment options for nearly 30% of Duchenne patients in the U.S. And our commitment to bring therapies to the greatest percentage of the DMD community as soon as possible continues.” 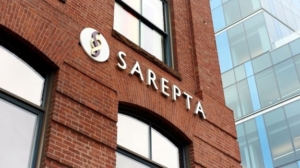 Sarepta’s two other drugs on the market for DMD are Exondys 51 and Vyondys 53, which are for patients amenable to exon 51 and exon 53 skipping, respectively.

The exon-skipping technology allows for the formation of a truncated form of the dystrophin protein. The dystrophin gene is the largest gene in humans, and as such, is too large for the viral vectors typically used in gene therapy. So Sarepta developed a technique that allows for the gene mutations to be “skipped” which results in a shortened but still functional form of the protein.

On January 7, 2021, the company announced topline results from Part 1 of its Study SRP-9001-201 of a gene therapy, SRP-9001, in 41 DMD patients. The therapy is designed to deliver a micro-dystrophin-encoding gene to muscle tissue. At 12 weeks after treatment compared to baseline, the trial met its primary biological endpoint of micro-dystrophin protein expression.

However, the trial failed to meet its primary functional endpoint, which was a NSAA total score compared to placebo at 48 weeks. The North Star Ambulatory Assessment (NSAA) is a 17-item scale to measure functional motor abilities in children with DMD who are ambulatory. It is typically used to monitor progression of the disease and treatment. Although there were improvements, they were not statistically significant.

Although the drugs all appear to produce small amounts of the dystrophin protein, there’s a lot of skepticism over whether more dystrophin improves muscle function or slows disease progression. All of the approvals were made under the accelerated approval program, which have required the company to conduct follow-on studies to prove that the patients actually benefited from the treatments.

The FDA approved Exondys 51 in 2016 but Sarepta has still not completed the confirmatory study. A confirmatory trial for Amondys 45 is ongoing, with data expected in 2024.

Amondys 45 has a price tag that is “at parity” with the other drugs, which are expensive. They are dosed on the basis of the patient’s weight, and can run as much as $1 million annually.

Amondys 45 is an antisense olignonucleotide. It uses the company’s proprietary phosphorodiamidate morpholino oligomer (PMO) chemistry and exon-skipping technology to bind to exon 45 of dystrophin pre-mRNA. This results in skipping of the exon during mRNA processing in patients with that particular mutations.