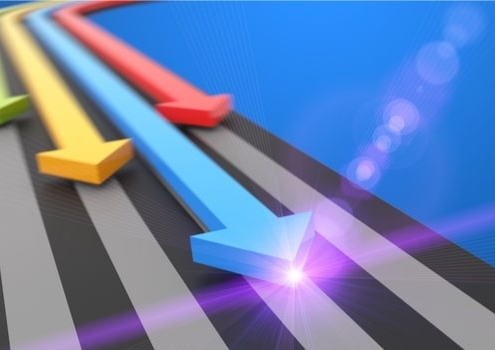 While the world has largely been focused on the development of vaccines and therapeutics for COVID-19, the U.S. Food and Drug Administration (FDA) has remained busy lining up potential approvals of medications for other diseases and illnesses.

Many of these drugs have been granted Fast Track designation over the past several weeks, which is intended to expedite the review of these treatments. BioSpace takes a look at some of the most recent medications to receive this designation.

Astellas Pharma – The FDA granted Fast Track designation to Astellas Pharma’s ASP5354, an imaging agent being investigated for intraoperative ureter visualization in patients undergoing minimally invasive and open abdominopelvic surgeries. ASP5354, a derivative of indocyanine green that fluoresces upon excitation with a particular wavelength of near-infrared light, is an optical imaging agent being developed by Astellas’ Rx+ business as a surgical adjunct to lessen the likelihood of iatrogenic ureteral injury (IUI) during complex abdominal and pelvic surgeries such as colorectal or gynecologic surgeries. A Phase II study is currently underway to evaluate the safety and efficacy of ASP5354 in patients undergoing colorectal surgery.

One week before the FDA granted Fast Track to ASP5354, the regulatory agency also awarded the designation to Astellas for the development of ASP0367/MA-0211 as a potential treatment for primary mitochondrial myopathies (PMM). ASP0367 will be entering a Phase II / III study to validate the efficacy and safety in PMM patients. Earlier data suggest ASP0367, an orally administered PPARδ modulator, could improve exercise intolerance and fatigue in PMM patients by increasing the number and enhancing the function of mitochondria in patient’s cells. There is no FDA-approved treatment for PMM, a rare disease with a high unmet medical need.

BioMarin – California-based BioMarin was awarded Fast Track designation for BMN 307, an investigational gene therapy for the treatment of patients with phenylketonuria (PKU). In September, BioMarin dosed the first patients in a Phase I/II study of BMN 307, an AV5-phenylalanine hydroxylase (PAH) gene therapy designed to normalize blood phenylalanine concentration levels in patients with PKU by inserting a correct copy of the PAH gene into liver cells. Both the FDA and European Medicines Agency granted BMN 307 Orphan Drug designation. If BMN 307 passes regulatory muster, it will be the third treatment for PKU in the company’s pipeline.

LogicBio Therapeutics – Kentucky-based LogicBio announced this morning the FDA awarded Fast Track designation to its methylmalonic acidemia (MMA) candidate LB-001. Clinical trials for the gene editing treatment LB-001 are expected to begin in 2021. The trial will be a Phase I/II study designed to assess the safety and tolerability of a single intravenous infusion of LB-001 in pediatric patients with MMA.

Inventiva — Last month, France’s Inventiva secured Fast Track designation for odiparcil, the company’s clinical-stage drug candidate for the treatment of MPS type VI (MPS VI), a rare and progressive genetic disorder. Odiparcil is an orally-available small molecule that acts on the underlying cause of the symptoms of mucopolysaccharidosis, a group of rare, progressive genetic disorders. Odiparcil has been granted Orphan Drug designation by both the FDA and the European Medicines Agency and also obtained Rare Pediatric Disease designation in the U.S. for the treatment of MPS VI.

X4 Pharmaceuticals — In early October, the FDA granted Fast Track to Boston’s X4 Pharmaceuticals for its lead asset mavorixafor, for the treatment of adult patients with WHIM (Warts, Hypogammaglobulinemia, Infections and Myelokathexis) syndrome, a rare, inherited, primary immunodeficiency disease caused by genetic mutations in the CXCR4 receptor gene. Mavorixafor is a potential first-in-class, once-daily, oral, small molecule antagonist of chemokine receptor CXCR4, currently being investigated in a global pivotal Phase III clinical trial for the treatment of WHIM syndrome. Mavorixafor was previously granted Breakthrough Therapy designation by the FDA, as well as Orphan Drug status by the FDA and the European Commission for the treatment of WHIM syndrome.