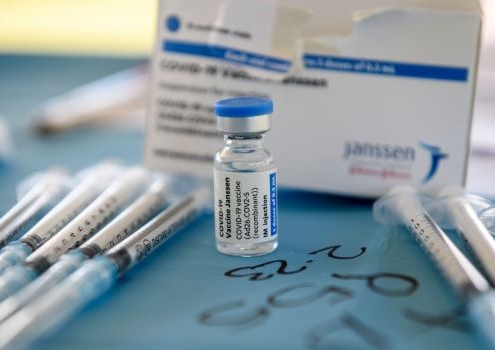 On Friday April 23, the U.S. Food and Drug Administration (FDA) and the Centers for Disease Control and Prevention (CDC) lifted the restrictions on the Johnson & Johnson COVID-19 vaccine. The announcement came after the FDA’s Advisory Committee on Immunization Practices (ACIP) met for a second time to discuss the data. They decided that the benefits outweighed the risks.

Initially, on April 13, the agencies called for distribution of the vaccine to be paused because of six cases of a “rare and severe” type of blood clot known as cerebral venous sinus thrombosis (CVST) in combination with low levels of blood platelets (thrombocytopenia). As the investigation continued, in the U.S. they identified 15 cases of CVST out of almost 8 million people who received the vaccine, with three deaths.

In addition to re-opening distribution, everyone receiving the J&J shot, which is a single-shot vaccine, will be given an information sheet about the rare clotting issue and symptoms to keep an eye out for. Health care providers will also receive information about CVST and the appropriate treatment strategy.

CVST in these cases occur in unusual locations, such as the brain or abdomen. The combination of CVST with thrombocytopenia has been called thrombosis with thrombocytopenia syndrome (TTS). It appears to show up six to 14 days after the J&J vaccine jab and occur mostly in women younger than 50. It has not been observed in the Pfizer-BioNTech and Moderna vaccines. 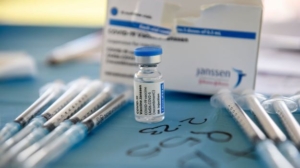 Grace Lee, a member of ACIP and a pediatrician at the Lucile Packard Children’s Hospital and Stanford University School of Medicine, who supported the recommendation, said, “This is a serious adverse event. We need to continue to ensure that awareness is raised. But I also think that we have to come out with a clear recommendation.”

Henry Bernstein, also on ACIP and a pediatrician at Cohen Children’s Medical Center in New Hyde Park, New York, indicated that the pause was justified, but it was now time to continue use of the vaccine. “I hope the pause draws the public’s attention to the fact that the vaccine safety surveillance system works, that the vaccine’s incredibly safe and effective, and it’s immensely important for everyone to be vaccinated so we can put this pandemic behind us.”

Although still quite rare, the growing number of cases that were identified makes it a significantly higher rate than when it was believed to be about one in 1 million. Michael Streiff, a hematologist at the Johns Hopkins University School of Medicine, indicated the occurrence is about one out of 100,000 to 250,000 recipients.

Tom Shimabukuro, deputy director of the CDC’s Immunization Safety Office, also indicated that another 10 possible cases of TTS are being investigated.

Shimabukuro also pointed out that the cases of TTS are similar to what is being seen in the rare clotting cases associated with the AstraZeneca-Oxford COVID-19 vaccine in Europe. The European Medicines Agency (EMA) had added a warning to its J&J COVID-19 vaccine label in response to the U.S. cases.

Physicians at the meeting pointed out that having a single-shot J&J vaccine available for certain populations is important. These include homeless, home-bound, migrant and seasonal communities. Also, because the J&J vaccine does not require stringent cold-storage conditions like the mRNA vaccines, it is easier for rural and undeveloped regions.

Paul Offitt, on ACIP, and a pediatrician and head of the Vaccine Education Center at Children’s Hospital of Philadelphia, said, “If you’re in a population where you’re much less likely to get a second dose, then you clearly benefit from one dose of J&M’s vaccine, which induces the kind of cellular immune response that is not induced by the first dose” of the Moderna and Pfizer-BioNTech vaccines.