The lift on the partial clinical hold will allow the trial to continue moving forward. The Phase I/II trial is a multi-center, single-arm, open-label study that will enroll approximately 17 T1D patients with impaired hypoglycemic awareness and severe hypoglycemia. It is designed to evaluate the safety and efficacy of VX-880 in three parts, with each section evaluating a different dose in patients. According to the most recent announcement, Vertex has dosed three patients in the study to date. In May, Vertex announced that the FDA had placed its clinical trial on hold due to insufficient information to support dose escalation with VX-880. Carmen Bozic, M.D., chief medical officer of Vertex, expressed surprise at the clinical hold and said in a statement that the totality of the safety and efficacy data for all three patients dosed in the trial provided “high confidence” in the benefit-risk assessment of VX-880.

At the time of the announcement, Vertex also shared safety and proof-of-concept data for VX-880. One patient who received half the target dose achieved insulin independence at day 270 of the study with an HbA1c of 5.2%. The second patient, who was given half the target dose, showed robust increases in fasting and stimulated C-peptide, an assessment of insulin production, and reductions in exogenous insulin requirements through day 150 of the study, Vertex said. Both patients moved on to the second part of the study, where they would receive the full target dose of VX-880.

Additionally, no serious adverse events were reported in those who had taken the drug and the majority of adverse events reported were mild or moderate. VX-880 was well tolerated and had a safety profile consistent with the immunosuppressive regimen used in the study.

As previously reported by BioSpace, Vertex has been nothing but confident in the efficacy of VX-880. One patient treated with the therapeutic reportedly began producing his own insulin six months after receiving the therapy, a major feat for the patient who had lived with T1D for 40 years and had not been able to produce his own insulin prior to receiving VX-880.

VX-880 is an investigational allogeneic stem cell-derived, fully differentiated, insulin-producing islet cell therapy. The therapy is delivered via infusion to the hepatic portal vein and requires immunosuppressive therapy to avoid rejection from the immune system. The driving mechanism of the therapy is to restore the body’s ability to regulate glucose levels by restoring the function of pancreatic islet cells, which are responsible for making insulin. 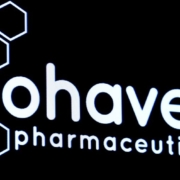 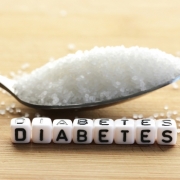 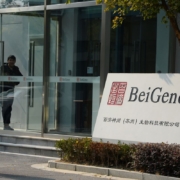