The regulatory nod, announced by Provention Thursday, covers adult patients and children aged 8 years old and above with stage 2 T1D. Delaying the onset of stage 3 disease can lessen the patient’s risk of developing diabetic ketoacidosis, an often life-threatening complication, and reduce the stress, fear and anxiety associated with disease progression.

Ashleigh Palmer, co-founder and CEO of Provention, said in a statement that slowing T1D progression buys a patient and their families more time to prepare for the additional burden posed by stage 3 disease.

TZIELD’s approval affords some patients more time to live without these burdens and complications.

TZIELD is an anti-CD3 antibody that delays the onset of stage 3 T1D by deactivating lymphocytes that have become autoreactive against pancreatic beta cells. In the randomized, placebo-controlled, double-blinded TN-10 study, TZIELD cut the risk of progressing to stage 3 T1D by nearly 60%, with a hazard ratio estimate of 0.41 and a p-value of 0.0066.

The Long Journey to Approval

TZIELD has had a long road to approval. In July last year, the FDA flagged issues with the drug’s pharmacokinetic profile and potential product quality. After addressing these issues, Provention resubmitted its BLA for TZIELD, which the FDA accepted in March and set a target action date of Aug. 17.

However, in July, the New Jersey-based biotech received word that the verdict would be delayed another three months following the FDA’s request for additional information, which it would then consider a major amendment to the application. The extension allows the agency ample time to review the new data.

Despite the speedbumps, Provention was confident its drug would prevail. In September, the company announced the receipt of a $125 million loan from Hercules Capital. The money would be earmarked for launching activities and infrastructure of TZIELD, Provention told BioSpace at the time.

To further support the drug, Provention signed a co-promotion agreement with Sanofi in October. Under the terms of the deal, Provention retains all rights to TZIELD and will remain responsible for all R&D, as well as pharmacovigilance, production quality and safety activities.

Meanwhile, Sanofi will have an exclusive right to the first negotiation for an in-license agreement over TZIELD worldwide, which runs until June 2023. 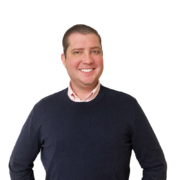