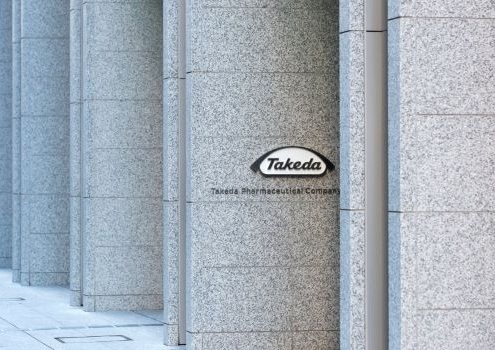 Shares of Takeda Pharmaceutical are falling after the company announced the U.S. Food and Drug Administration rejected its New Drug Application for TAK-721 (budesonide oral suspension) for the treatment of eosinophilic esophagitis.

Takeda hoped that its experimental therapy could become the first FDA-approved treatment for the chronic inflammatory disease. However, the FDA had other plans in mind and is calling for the Japanese pharma giant to initiate another clinical study with TAK-721, which was reviewed under Priority Review.

“We are disappointed by the outcome of the FDA‘s review of TAK-721, and that EoE patients will still be without a treatment option that the FDA has approved as safe and effective,” Sequeira said. “Takeda is assessing the details of the CRL and evaluating a regulatory path forward.”

The CRL puts Takeda behind rival drugmakers Sanofi and Regeneron, who posted positive Phase III results in EoE earlier this year. The two companies reported that Dupixent hit the mark in late-stage studies for EoE. Data showed that trial participants 12 years and older who received 300 mg of Dupixent weekly saw improvements in the study’s co-primary endpoints of esophageal inflammation and difficulty swallowing after 24 weeks. Dupixent won Breakthrough Therapy Designation for this indication in 2020. Shares of Sanofi and Regeneron are both up this morning.

TAK-721 is an oral formulation of budesonide that has been under development as a potential treatment for eosinophilic esophagitis, a chronic inflammatory disease that can cause damage to the esophagus. It is estimated that EoE impacts one in 2,000 people across the United States. And that number is expected to increase, the company said. 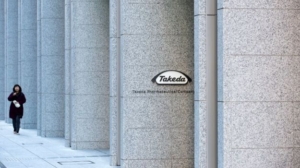 If left untreated, EoE can lead to the narrowing of the esophagus, which may cause food to become stuck. It is unknown what causes EoE but, Takeda said the disease is believed to be triggered by multiple stimuli, including certain foods and environmental allergens. Current treatments for EoE include the recommendation of elimination of targeted food from patient diets, the use of proton pump inhibitors and/or treatment with topical glucocorticosteroids.

Takeda’s NDA was based on data from the pivotal Phase III trials ORBIT1 and ORBIT2, which investigated the safety and efficacy of TAK-721 in adolescent and adult patients, ages 11 to 55 years who have been diagnosed with EoE.

Takeda gained the asset through its acquisition of Shire. If approved, Takeda said it intended to use the trade name Eohilia.