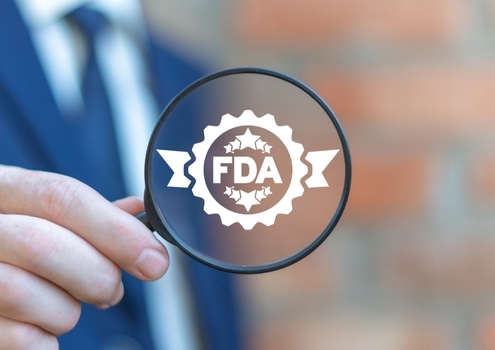 The U.S. Food and Drug Administration (FDA) issued a new template for clinical test developers that is designed to assist these companies in developing and submitting emergency use authorization (EUA) for COVID-19 tests that can be performed at home or in other settings besides laboratories. In addition, these tests could be sold without a prescription.

FDA Commissioner Stephen Hahn stated, “These types of tests will be a game-changer in our fight against COVID-19 and will be crucial as the nation looks toward reopening.”

To date, the FDA has not allowed sales of at-home COVID-19 tests. Laboratory tests are generally accurate, but often only used for people with actual COVID-19 symptoms. And it can take several days to get results, which means that infected people could infect people in the interim.

There are some fast tests, but they tend to be expensive. For example, USA Today notes a clinic in Massachusetts charges $160 per rapid test which is not covered by insurance.

The theory is that by being able to screen for the disease at home, perhaps once or twice a week, people would be more likely to self-quarantine before going to work, school, attending an event, visiting an older individual, or traveling via airplane, bus or other type of mass transit.

Dan Larremore, an assistant professor of Computer Science at the BioFrontiers Institute at the University of Colorado Boulder, whose work involves, among several other things, genetic epidemiology and the evolutionary history of disease, told USA Today that the FDA’s decision was a step in the right direction and might encourage companies to develop inexpensive, rapid, at-home tests.

However, Michael Mina, an infectious disease epidemiologist at the Harvard T.H. Chan School of Public Health, suggested that the FDA’s template is so complicated that these tests may never make it to the public.

“The [required] software alone will pose an incredibly large hurdle for many,” Mina told USA Today. “Unfortunately, the template does not offer this type of ‘new’ avenue that I think is going to be necessary if we want to see truly $1 daily tests become a reality.”

The template, the FDA writes, “includes recommendations for validation when a sample is to be collected and analyzed, and results are to be returned without the need to send a sample to a lab for analysis. The template also gives recommendations for validation of tests that are intended to be made available over-the-counter, that is, without a prescription.”

Of course, the FDA template specifies sensitivity and specificity requirements, noting that while the sensitivity for the non-lab tests is lower than lab-based tests, “the tremendous benefits of broader access to simple and fast testing options generally outweighs this risk.”

Mina actually suggests the standards be lowered even more, because contagious individuals are really only contagious when their virus levels are extremely high, meaning that they can be detected with a less sensitive test.

Other at-home rapid tests, such as those used to diagnose strep throat, have about a 20% false-negative rate, notes Emily Volk, president-elect of the College of American Pathologists. As a result, doctors typically send a throat culture to a laboratory for confirmation. The confirmation usually takes a few days.  But, she notes, if that were the case with COVID-19 at-home tests, it would add delays to traditional tests instead of relieving them.

There are a few COVID-19 tests that may soon hit the market that are fast and relatively inexpensive, but none hit the goal of costing $1 and providing an answer within minutes.

The XPRIZE, a nonprofit organization that develops and hosts public competitions, announced earlier this week that it would split a $5 million prize with five winners who can create a test that delivers results in at least 15 minutes and costs less than $15. In addition, the winners will split $50 million for rapid manufacturing scale-up, indicated Jeff Huber, president and cofounder of OpenCovidScreen, a company that is collaborating with XPRIZE on the competition.

The competition is open until the end of August. Approximately 200 semifinalists will be chosen, narrowed to 20 finalists, and then five winners.