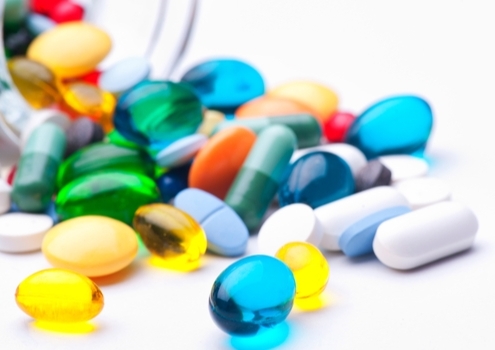 In the early days of the COVID-19 pandemic, most drug companies issued statements assuring the public and investors that they were making efforts to secure their supply chains in order to ensure supplies of essential medications. Nonetheless, a USA Today report found that from January through May, 28 generic drugs in 405 dosages made the U.S. Food and Drug Administration (FDA)’s list of drugs in shortage.

In addition, the report found that as of today, only one of the drugs on the list had fallen off—chloroquine phosphate tablets for malaria.

According to the report, at least 17 of this year’s 28 new drug shortages “are directly or indirectly prompted by events the current COVID-19 pandemic has brought on,” which includes the increased demand for anesthetics and other drugs used to facilitate intubation.

“COVID-19 has caused such a huge surge in the number of patients,” said Erin Fox, director of Drug Information and Support Services at the University of Utah hospital. “That’s really what’s driving a lot of the shortages right now, especially critical care medications.”

One of the drugs that was recently added to the list of shortages was one of the U.S.’s most used drugs, sertraline, which is an antidepressant marketed by Pfizer under the brand name Zoloft. Pfizer has indicated it has been able to fill existing, ongoing prescriptions, according to NBC News, but can’t accommodate the increasing demand for new prescriptions.

Other companies that manufacture sertraline as a generic have also reported shortages. Accord Healthcare reported it couldn’t acquire the active ingredient or the drug “due to the impacts caused by COVID-19.” It estimated the shortage will last about 60 days.

According to Express Scripts, a prescription benefit plan provider, between mid-February and mid-March, there was a 21% increase in the number of prescriptions filled per week for drugs to treat anxiety, depression and insomnia. It peaked the week of March 15, just after the World Health Organization declared COVID-19 a pandemic.

“I haven’t talked to a single patient who isn’t anxious,” said Philip Muskin, a professor of psychiatry at Columbia University Irving Medical Center in New York City. “It’s not surprising we’re seeing shortages. I think that’s going to continue for a while.”

Jeremy Faust, an emergency physician at Brigham and Women’s Hospital in Boston, told USA Today, “We’re very, very accustomed to seeing drug shortages and alarms coming up on our screen. But during this crisis, it’s become a lot more frequent.”

Faust is correct in saying that drug shortages are common. USA Today notes that dozens of drugs have gone on the list since 2012 and never come off, largely the result of manufacturing problems and guaranteeing a supply of appropriate quality imported ingredients. Although there were 28 new drugs on the list this year, there were 89 on the list at the beginning of the year before the pandemic began.

The difference is that drug manufacturers are citing increased demand for the shortages. A report by the FDA found that between 2013 and 2017, approximately 62% of drugs that were in short supply were linked to quality issues or manufacturing problems.

“I’ve never experienced a shortage of multiple critical medications to this extent, all at once,” said Esther Choo, an Oregon-based physician told USA Today in May.

Six drugs used for anesthesia, including four sedatives and two muscle relaxants, made their way onto the list since April 2 because of the increased demand.

“We have a menu of medications that we normally give for intubation,” said Megan Ranney, an emergency physician with the Rhode Island Hospital in Providence. “Switching that last minute can be challenging for the nurses and for the doctors.”

Many of these drugs for intubation are also used for elective surgeries. During the height of the pandemic, most elective surgeries were canceled or postponed. But now that states are reopening and hospitals are resuming elective procedures, physicians are expressing their concern.

“Knowing that COVID is still prevalent and knowing that we’re going to see other uses for these products,” said Dan Kistner, group senior vice president for Vizient, a health services company, “we’ve got to make sure we’re doing everything we can to increase the supply of these drugs.”

A new paper was published in the Annals of the American Thoracic Societythat looked at the shortage, titled, “Preparing for COVID-19 Related Drug Shortages.”

Andrew G. Shuman, one of the paper’s co-authors, a co-chief of the Clinical Ethics Service, Center for Bioethics and Social Sciences in Medicine, University of Michigan Medical School, said, “It is critical that these conversations occur now due to current shortages, as well as the necessary lead time to plan for future shortages. Drug shortages have been a national emergency for years and are currently exacerbated due to COVID-19. Issues related to supply chain and anticipated increased ICU needs over the course of the pandemic are worsening the problem.”