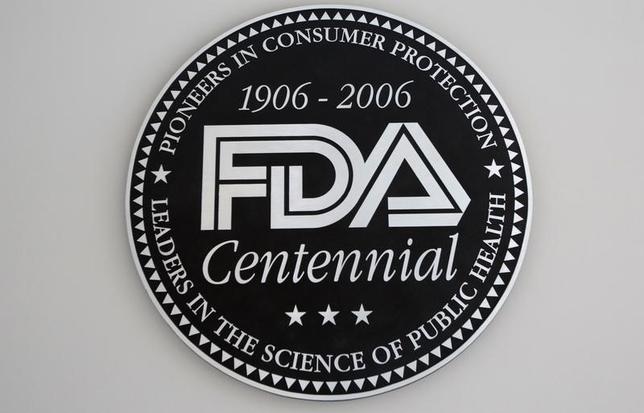 A view shows the U.S. Food and Drug Administration (FDA) logo at the lobby of its headquarters in Silver Spring, Maryland August 14, 2012.

<span class="articleLocation”>(Reuters) – AcelRx Pharmaceuticals Inc said a division of the U.S. Food and Drug Administration had rejected the company’s request for a meeting to discuss the need for an additional trial of its pain drug device, Zalviso.

The company’s shares fell about 32 percent to $2.85 in after-market trading on Monday after the FDA also restated its view that the additional study was needed.

The agency, in March, asked AcelRx to conduct the study to evaluate risks associated with the device, specifically issues relating to inadvertent dispensing.

The additional trial is likely to push Zalviso’s approval to the end of 2016, against the previous estimate of early 2016, according to analysts.

“We are consulting with our regulatory, legal and clinical advisors to determine our next steps,” the company said.

(Reporting by Amrutha Penumudi in Bengaluru; Editing by Simon Jennings)