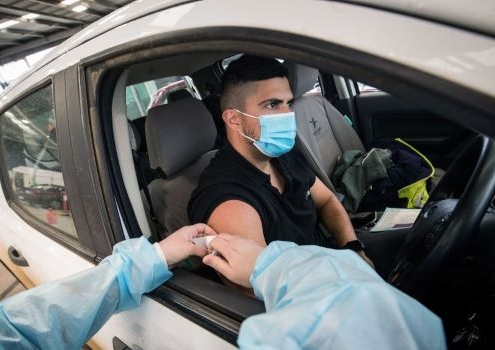 FDA Set to Greenlight Boosters for Some Vulnerable Patients

The U.S. Food and Drug Administration (FDA) is expected to announce it is authorizing the use of a booster shot for the Pfizer and BioNTech and Moderna mRNA COVID-19 vaccines in some immunocompromised patients.

According to CNN, the authorization of the third shot is expected to come within the next 48 hours. Citing a study from Johns Hopkins University, researchers found that “immunocompromised people are 485 times more likely to end up in the hospital or die from Covid-19 compared to the general population that is vaccinated.”

The use of a booster shot to continue the provision of antibodies in patients has been discussed for several months. Last month, executives from Pfizer approached federal regulators seeking authorization of a third shot primarily based on data from a clinical study that showed a booster received six months after the second shot demonstrated a consistent tolerability profile. Additionally, the study showed the maintenance of high immunity against the original Wuhan strain of the virus, as well as the South African (Beta) variant.

As BioSpace previously reported, Pfizer and BioNTech have noted data from ongoing studies in Israel that showed the high efficacy of the vaccines begin to decline six months after the second jab. That’s not to suggest the vaccines are no longer effective.

The Israeli data showed that the vaccine continued to prevent severe illness and death. According to the report, the Pfizer-BioNTech vaccine was still 93% effective in preventing severe disease and hospitalization. That was only a 4% decrease from earlier studies.

Moderna has also announced data from booster studies that demonstrate the benefit of a third jab.

The Delta variant is running rampant across the United States, driving the latest wave of COVID-19 infections, and is responsible for most of the so-called breakthrough cases in vaccinated individuals. Those vaccinated individuals who are infected with Delta are typically asymptomatic or have milder symptoms.

The White House is also supporting the idea of boosters as infection rates continue to skyrocket across the U.S., particularly in states where vaccination rates are low. The Biden administration is expected to announce its own booster strategy next month. 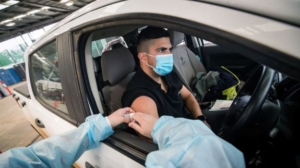 A spokesperson for the regulatory agency told CNN that the FDA is closely monitoring clinical data from studies assessing a booster shot for immuno-compromised individuals.

“The agency, along with the CDC, is evaluating potential options on this issue and will share information in the near future,” the FDA spokesperson told CNN.

A new authorization for the third shot will be required due to the parameters of the Emergency Use Authorization initially granted to the vaccines. If the FDA authorizes a booster shot, advisors from the U.S. Centers for Disease Control and Prevention will then weigh in on the FDA’s recommendation regarding vaccination.

Citing a CDC meeting agenda, CDC advisors are expected to gather on Friday to discuss boosters among immunocompromised individuals. A recommendation from that agency could come Monday. There are approximately 9 million people in the United States who are considered immunocompromised due to either a disease or medications that suppress their immune systems in some manner.

Better Outcomes from a Joint Approach to Medical Information and Pharmacovigilance:...
Scroll to top